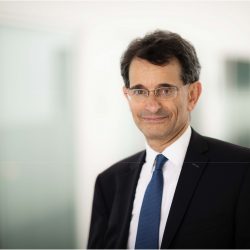 Panel discussion: 'Capitalism: what has gone wrong, what needs to change and how can it be fixed?'

Laxman Narasimhan & Colin Mayer in Conversation: 'The role of business in reviving left behind places'

"The future of the Corporation, Economy and Society" with Prof Colin Mayer & Sir Paul Collier

The Future of Europe, Session 3: Capital Markets, Ageing and Pensions