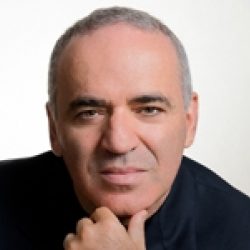 Talent’s all around, chess ace believes

Innovative Enigma: dusk growth or race against the machines?

Our dangerous illusion of tech progress

"The limits of human performance and artificial intelligence" by Garry Kasparov

"Human + machine: intuition and calculation in a new era of decision-making" by Garry Kasparov

"Reviving the Spirit of Innovation" with Garry Kasparov