The Oxford Martin Programme on

As drugs and vaccinations have proliferated, protection from disease has increasingly been seen as an individual problem requiring individual action. But antimicrobial resistance, vaccine refusal, and rapid global trade and travel have substantially undermined the impact of the drugs and vaccines that we have come to take for granted.

Although significant resources are devoted to the scientific investigation of the way that diseases spread, the ‘human factor’ has largely been ignored.

Understanding the effects of policy, individual and group behaviour and psychology on the genesis and control of infectious diseases will allow us to identify how responsibility for infectious diseases - and the strategies that might be employed to mitigate them - is distributed throughout the world.

Collective failure to manage the human factor contributes to the threat of infection, and the very real consequences for those afflicted by diseases such as influenza, malaria and childhood infections. Devising, implementing and enforcing a strategy to remedy this will require a behaviour change derived from a new understanding of collective moral responsibility.

Bringing together zoology, history, philosophy, psychology and medicine, our four-year project addresses the central research question: What is the role of collective responsibility in the genesis of, and appropriate response to, the threat of infectious disease? Having identified what we should expect to encounter in terms of infectious threats, and their social and economic consequences, if the world sticks to ‘business as usual’, we will, amongst other things:

We seek to generate disease-specific policy recommendations for collective action on influenza, malaria, antibiotic resistance and vaccine-preventable childhood infections. With the ultimate ambition to create a new climate of collective responsibility for infectious disease, and to ensure that policy makers, public health and medical professionals, and individuals are mobilized to confront and tackle the human factor in infectious diseases.

Typhoid: A ghost of the past that never really went away

For most people living in the United States and Europe, typhoid is a distant memory, a ghost of a disease from another time. But typhoid never disappeared. For many people living in low- and middle-income countries, typhoid is endemic and an all too common risk faced predominantly by children. Samantha Vanderslott and Claas Kirchhelle examine what we need to do to ensure everyone is protected from typhoid.

Would you be willing to infect yourself with coronavirus to test a vaccine?

Why vaccines should be compulsory

A new exhibition tells the story of Oxford’s role in the fight against typhoid, from pioneering efforts to eliminate typhoid in the era of Lewis Carroll’s Alice in Wonderland to game-changing present-day vaccine trials.

Writing in The Conversation, Claas Kirchhelle and Samantha Vanderslott look at how new extensively drug-resistant variants of an ancient and deadly disease – typhoid fever – are spreading across international borders.

Prof Julian Savulescu and Dr Samantha Vanderslott in conversation: "Mandatory COVID-19 vaccination: the arguments for and against"

"The ethics of vaccination: individual, collective, and institutional responsibilities" With Dr Alberto Giubilini

Professor of the History of Medicine

Professor of Paediatric Infection and Immunity 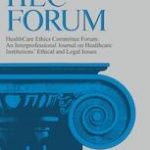 Nudging Immunity: The Case for Vaccinating Children in School and Day Care by Default 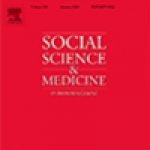 Exploring the meaning of pro-vaccine activism across two countries