In 1994 800,000 Rwandans were murdered, most often by hand, in a genocidal catastrophe implemented at a pace not seen since the European Holocaust.

Public services were decimated - more than half of public officials died - and a generation of orphans, children of sexal violence and survivors began their subsequent journey. Outward flight, inward migration, memory , and the legal processing of perpetrators were a core feature of subsequent periods lived out as social protection, health , family welfare have had to be (re) built in communities where the impact on social and family structure were enduring. As life expectancy and child mortality improves Rwanda is now one of three African countries expecting the number of over 60's to triple over the next 30 years.

This presentation will reflect on field interviews recently undertaken in three contrasting localities with older survivors and their families , the impact of Rwanda's changes on assumptions about family support , stigma, inclusion, biographical pain', agency and a distinctive ageing process among the ageing processes of Africa. It will also raise questions regarding ageing in other genocide contexts such as Cambodia, Srebrenica and Darfur .

This session is organised by the Institute of Population Ageing and will be conducted via Zoom: 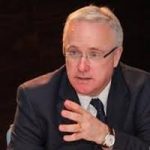 Francis is Visiting Professorial Fellow at the Oxford Institute of Population Ageing where he is working on social protection and social policy. He has a particular interest in civil society – state relations and local government/decentralisation impacts on the place and role of religious institutions (and vice versa) on ‘carescapes’, social capital and social solidarity.

He has directed research centres at Cambridge and Oxford focused on social inclusion and is active as a Professor of Communities and Public Policy at the University of Birmingham and Visiting Professor in Social Justice at St Mary’s University Twickenham. He has previously been policy advisor on communities on the staff of the UK Secretary of State for Local Government and acted an external advisor to the UK Minister for Disabilities. From 2015-2016 he served on the cross government Standing Commission on Carers. An award winning social entrepreneur in ageing, social inclusion and civic innovation he has lived experience as a carer and from 2016-2019 chaired patient hearings under the UK Mental Health Act.