Simulation models, such as agent-based models, are gaining popularity in economics. Yet a widespread adoption in real-world modelling and decision-making scenarios has been hindered by the difficulty of performing parameter estimation for such models.

In general, simulation models lack a tractable likelihood function, which precludes a straightforward application of standard statistical inference techniques. A number of recent works have sought to address this problem through the application of likelihood-free inference methods, in which parameter estimates are determined by performing some form of comparison between the observed data and simulation output. However, these approaches are (a) founded on restrictive assumptions, and/or (b) typically require many hundreds of thousands of simulations. These qualities limit their applicability to large-scale simulations in economics and can cast doubt on the validity of these inference methods in such scenarios.

In this talk, Joel will discuss his recent working paper (https://www.inet.ox.ac.uk/files/SBI_for_ABMs.pdf) in which he investigates the efficacy of two classes of simulation-efficient, black-box approximate Bayesian inference methods that have recently drawn significant attention within the probabilistic machine learning community: neural posterior estimation and neural density ratio estimation. He will first motivate these methods in the context of complex agent-based models, before describing and presenting their use in a number of benchmarking experiments. He will demonstrate that such methods achieve state-of-the-art performance in parameter inference tasks for economic simulation models, and crucially are immediately compatible with generic multivariate time-series data. This talk will be based on joint work with Patrick Cannon and Sebastian M. Schmon of Improbable, and Prof. J. Doyne Farmer at INET.

This talk is organised by INET Oxford

To register for this talk - https://www.inet.ox.ac.uk/events/black-box-bayesian-inference-for-economic-agent-based-models-joel-dyer-complexity-economics-programme/ 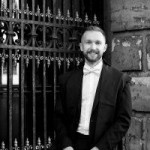 Joel is studying for a DPhil in Applied Mathematics at the University of Oxford's Mathematical Institute under the supervision of Prof Doyne Farmer. During his undergraduate physics studies, he developed an interest in statistical mechanics, complexity science and data science, and in particular the application of these topics to the social sciences. His research currently involves developing and calibrating agent-based models of opinion dynamics and using natural language processing and machine learning methods to extract meaningful signals from organic sources of sequential data e.g. social media.