Issues ranging from climate change, to widening economic inequalities, to AI, challenge many tenets and orthodoxies in economics.

A cogent argument exists for paradigmatic change in economic theory and practice, based on a combination of complex systems science, evolutionary science, and modern understandings of human well-being. Over the past decades these ideas have been increasingly well developed in academia, but thus far have failed to result in paradigmatic change. A way forward is to treat paradigmatic change as itself an exercise in multilevel cultural evolution.

Leading evolutionary theorist Prof. David Sloan Wilson will summarise this strategy, based on a new series of articles, co-authored with the economist Professor Dennis Snower, titled Rethinking the Theoretical Foundation of Economics. Professor Sloan Wilson will argue that paradigmatic change is indeed possible, even if it has been elusive in the past.

A panel of leading thinkers on new economic paradigms, Prof. Sir Paul Collier (co-author of Greed is Dead), Prof. Rebecca Henderson (author of Reimagining Capitalism in a World on Fire), and Nick Hanauer (entrepreneur, civic activist, and co-author of The Gardens of Democracy), will discuss the issues raised in the talk, and Prof. Eric Beinhocker (author of The Origin of Wealth), will moderate a discussion and debate with the audience.

This talk is live in-person and online 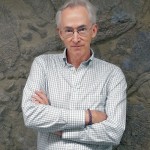 David Sloan Wilson is an American evolutionary biologist and a Distinguished Professor Emeritus of Biological Sciences and Anthropology at Binghamton University. He is co-founder of the Evolution Institute, and co-founder of the recent spinoff nonprofit Prosocial World.

Wilson started the Evolutionary Studies (EvoS) program at Binghamton University to unify diverse disciplines under the theory of evolution. Students in the program take evolution-themed courses in a variety of disciplines including biology, anthropology, psychology, bioengineering, philosophy, religion and the psychology of religion. Several other universities, including SUNY New Paltz have started a similar program. 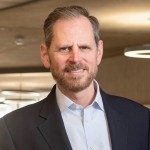 Eric is also the founder and Executive Director of the Institute for New Economic Thinking at the University’s Oxford Martin School. 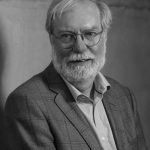 Sir Paul is also a Professorial Fellow of St Antony’s College. He is currently a Professeur invité at Sciences Po and a Director of the International Growth Centre. 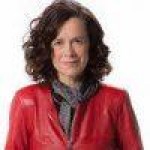 Rebecca is one of 25 University Professors at Harvard, a research fellow at the National Bureau of Economic Research and a fellow of both the British Academy and of the American Academy of Arts and Sciences. Her research explores the degree to which the private sector can play a major role in building a more sustainable economy. 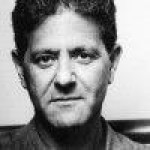 Nick has founded, co-founded, or invested in dozens of companies. In recent years, he has established himself as a civic innovator, public speaker, and fierce critic of America’s growing income inequality.