Due to expanding populations, including the influx of migrant from climate-affected regions, cities’ residents, infrastructure and services are highly vulnerable to the impacts of climate change. Indeed, many cities are already suffering from climate-related hazards including flooding, coastal erosion, heatwaves and landslides, and many more will have to face these risks in the future. Informal cities are at the forefront of these challenges.

The Oxford Martin Programme on Informal Cities will present a seminar on climate change and migrants in informal city setting.

How to join
These seminars will take place online, using Zoom. To join a seminar please click the following link: https://zoom.us/j/95110572062

When you click this link you will be taken to Zoom where you can join the event; you can also join by visiting the Zoom website/app and entering the meeting ID: 951 1057 2062]. You will not be ‘admitted’ to the event until the specified start time and will be placed in a ‘waiting room’.

Climate mobilities are largely in-country, heading to large/capital cities from climate affected rural areas, and not necessarily permanent. Ethiopia is an important site to substantiate this movement as it is a) the second largest populated country in Africa, b) predominantly rural but with one of the fastest urbanisation rate of about 5% a year and double-digit annual GDP growth, c) a country with a wide range of climate change impacts due to its geographical diversity of altitudes, topography, habitat and livelihoods, and d) the third-top recipient of the EU Emergency Trust Fund for Africa that received a total amount of €270 million over the last five years to reduce the arrival of migrants in Europe. Dr Chung will present why growing numbers of climate migrants are moving to Addis Ababa instead of large-scale commercial farms in the Gambella and Afar regions, which were popular destinations for internal migrants prior to 2008. Younger and better-educated dwellers in climate-sensitive rural areas with high population densities and land shortages are more likely to migrate to cities, where they believe more diverse opportunities are available, such as a wide range of jobs and better education/health services. This movement is for both men and women and despite some expected challenges in cities such as illegal status, sexual harassment and tough competition for jobs between different ethnic groups. This presentation is built on the analysis of literature review, mobility and vulnerability data collected from IOM’s Displacement Tracking Matrix (DTM), and online interviews with academics and practitioners in Ethiopia due to the ongoing civil war and the COVID-19 pandemic.

People move to and away from Delhi, many between home places characterised by poverty but also by diverse forms of environmental degradation, some more long term such as warming, drought and desertification; others more immediate and catastrophic such as major instances of flooding. Whether or not they are ‘climate migrants’ is not straightforward but the climate crisis is part of their backstory. Many struggle to find a dwelling space in the interstices of the city, building their own homes, renting, or buying self-build structures in informal markets in the pirate and occupancy urbanisms of the poor in India. Some of this occupation appropriates penumbral spaces alongside infrastructure such as drainage networks installed to control the circulation of water, occupied in precarious landscapes subject to flooding and eviction alike. Most of those who move in such circumstances make a living as well as a dwelling in the informal sector, some in the recycling and circulation of a host of goods including the vast and diverse forms of material that uses plastic as a significant part of its constitution.

In a parallel world, the city tries to mitigate the future carbon footprint of the city. It draws maps of precarity, geographies of vulnerability, and sites of carbon propensity. It seeks to regulate behaviours, the circulation of people and things in the city in a fashion that attempts to rationalise the metabolism of the city. In our research, we follow the people and the plastics through the city but also the fabrication of both the drains and the plastics in the municipal archive of the city’s responses to global environmental change. In this seminar, we explore in particular the ways in which data anxieties, data jugaad and policy vertigo structure this trail of two cities at a time of climate crisis. 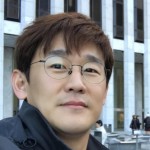 Jin-ho Chung is Research Associate of the Transport Studies Unit at the University of Oxford. Trained in political ecology, his research focuses on climate mobilities, urban development and social equity with a geographical focus on the Horn of Africa. Jin-ho completed his PhD in Human Geography at University College London (UCL). He previously worked as a postdoctoral research consultant at the University of East Anglia and the International Institute for Environment and Development (IIED). 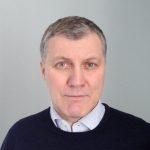 Michael Keith is Professor at COMPAS, University of Oxford, Director of the PEAK Urban Research programme, co-ordinator of Urban Transformations (The ESRC portfolio of investments and research on cities). He was the Director of COMPAS until October 2019, a position that he held for over a decade.

His research focuses on migration related processes of urban change. His most recent work is the monograph China Constructing Capitalism: Economic Life and Urban Change (2014). His next, ‘Urban transformations and public health in the emergent city’ will be published in 2020 by Manchester University Press.

He has experience outside the academy working in the community and voluntary sector and as a politician for twenty years in the East End of London, leader of a London local authority and founder, chair and board member of a wide range of urban regeneration companies and public/private partnerships. He has also several decades experience in the voluntary sector, initially in organisations focusing on racism and the criminal justice system and more recently as the co-founder and chair of the Rich Mix Cultural Foundation, the largest multicultural arts centre in the UK.

Bhawani Buswala is a Post-Doctoral Researcher at the PEAK Urban Programme.

He completed his PhD in Anthropology at Brown University in 2016. He was the Singh Postdoctoral Associate in the South Asian Studies Council at Yale University in 2016-17. His principal research interests include questions of social inequality, caste, development, migration, urbanization, urban poverty, discrimination and stigma, dignity, and the state and citizenship. He explores these questions through ethnographic data on informal settlements, informal work, spatial segregation, food politics, everyday lived experiences, and claims on the state. His ethnographic fieldwork is situated in India.

Before earning his PhD in the US, he was trained in critical research and methodologies at Jawaharlal Nehru University (JNU), where he completed an MPhil in Sociology as well as an MA in International Politics. He is also a qualified Chemical Engineer. 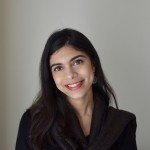 Mayanka Mukherji is a Post-Doctoral Researcher at the Informal Cities Programme.

She completed her PhD in Anthropology at the University of Oxford in 2020. Her research explored empty homes in Central London, comparing empty second homes in a luxury square to “decanted” council flats in the same neighbourhood. Her key interests include housing, habitability, emptiness, seasonal mobilities and urban regeneration. She also explored creative methodologies of ethnographic storytelling and collaborative sketching with her interlocutors to develop a better understanding of how people occupy and relate to cities. For her MPhil, she looked at the everyday practices of waste workers in New Delhi, exploring the complex landscape through which waste moves within a city, and the frameworks within which waste workers engage and negotiate with regimes of value. She documented her ethnographic engagements through multi-lingual storytelling, including bits of Hindi, Bengali and Gujarati.

Outside of academic work, Mayanka also provides mentoring to low-income tenants in Brent who deal with complex housing challenges, conducts storytelling workshops for various housing groups like Advice4Renters and Z2K in London, and writes fiction and poetry in her spare time.