The modern ocean contains an enormous (38000 GtC) reservoir of carbon in dissolved form.

Recent geological history shows that the oceans have repeatedly absorbed CO2 from the atmosphere during the periodic glacial periods and released it during the warm interglacial periods. This additional capacity for CO2 storage, untapped in the modern, is on the order of 800 GtC, an amount equivalent to that which needs to be sequestered in the coming decades to attain net zero.

In the final talk in the series, Professor Ros Rickaby, Roxana Shafiee and Sophie Gill will explore with Professor Myles Allen the various approaches being proposed to store and preserve CO2 in the ocean, many inspired by mechanisms known to function naturally in the past, and assess the challenges and research hurdles for their implementation in the future.

Sophie is supervised by Professor Ros Rickaby and Professor Gideon Henderson, working as part of the NERC GGREW (Greenhouse Gas Removal by Enhanced Weathering) consortium. The wider aim of this broad project is to establish whether mine waste could be treated with microbes or spread over agricultural land to artificially accelerate the natural weathering process. This would draw down atmospheric carbon dioxide and store carbon as bicarbonate ions in the ocean, in order to achieve negative emissions. Her DPhil research investigates the response of calcifying marine plankton in the event that this carbon dioxide removal scheme were implemented. This includes investigating the effect of raised alkalinity on coccolithophores and foraminifera through laboratory culturing experiments both in Oxford and Eilat (Israel).

Sophie has worked as a consultant for CEA consulting and ClimateWorks to contribute resources to the recently website oceanCDR.net, the leading knowledge hub for connecting key stakeholders in marine Carbon Dioxide Removal, which was launched in 2020.

Sophie graduated from the University of Cambridge in 2017 with MSci in Natural Sciences (Earth Sciences) and BA in Geography & Earth Sciences. She is also keen on science communication and outreach. 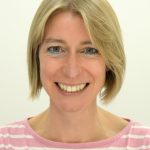 Throughout her research career, Ros has aimed to bring life to geochemistry! Ros has pioneered an interdisciplinary blend of biology and chemistry to resolve questions of past climates, evolution, and the future of the phytoplankton.

The feedback between biology and climate is inescapable, and requires investigation of both biological innovation and environmental change over Earth history. Ros’ distinctive approach is to read geological history from signals of adaptation within genes of modern organisms, which play out in the evolving affinity and kinetics of the expressed enzymes, or isotopic signals of adaptation that leave a footprint in fossils and biomolecules. Ros has authored over 100 papers and co-authored a book “Evolution’s Destiny: Co-evolving chemistry of the environment and life”.

Ros has just taken up the role of Chair of Geology, Department of Earth Sciences, University of Oxford, having been Professor of Biogeochemistry since 2002, on the dark side (of blue!) as well as mum to two boys. She received her PhD with Harry Elderfield from Cambridge University in 1995 and studied at Harvard for her post-doc with Dan Schrag.

In 2008 Ros received the European Geosciences Union’s Outstanding Young Scientist award, in 2010 the American Geophysical Union’s James B. Macelwane Award for significant contributions to the geophysical sciences by an outstanding young scientist and most recently, in 2016, the Lyell Award of the Geological Society of London. She currently holds a Wolfson Research Merit Award from the Royal Society.

Roxana’s PhD is in Biological Oceanography and she belongs to the Oxford OceanBug research group in the Oxford University Earth Sciences department. Roxana’s research examines the role of ocean chemistry on marine microorganisms which play important roles in cycling major elements, like nitrogen and carbon.

Roxana is currently on a secondment to the Environment, Rural Affairs, Constitution and International Research Unit (ERCIR) at the Scottish Parliamentary Information Centre (SPICe). Roxana is author of the SPICe policy briefing entitled ‘Blue Carbon’ which outlines the current understanding of Scotland’s blue carbon environments and the relevant policy areas for their protection and enhancement. Within SPICe she has worked with the Environment, Climate Change and Land Reform Committee to scrutinise the Scottish Government’s draft Update to the Climate Change Plan, specifically in relation to policies and proposals on Blue Carbon.

Recently described as "the physicist behind net zero," Myles Allen developed the methods used by the Intergovernmental Panel on Climate Change (IPCC) in 2001 to quantify the size of human influence on observed and projected changes in global temperature. He founded the climateprediction.net project, enabling members of the public to volunteer computing resources to run the world's largest climate modeling experiments, and in 2003 he proposed how probabilities could be used to assign responsibility for individual extreme weather events.

In 2010 he was awarded the Appleton Medal and Prize from the Institute of Physics "for his important contributions to the detection and attribution of human influence on climate and quantifying uncertainty in climate predictions." At a conference in 2005, Allen first proposed the concept of a global carbon budget: the idea that peak warming is determined by the total amount of carbon dioxide we emit into the atmosphere before emissions are reduced to net zero, not the amount we emit in any given year or the eventual long-term atmospheric concentration.

He has been working on the implications for climate policy ever since, most recently as coordinating lead author for the 2018 IPCC Special Report on 1.5 degrees, and has long been a proponent of fossil fuel producers taking responsibility for cleaning up after the products they sell, rather than placing the onus on relatively powerless consumers: https://go.ted.com/mylesallen. He is a Professor of Geosystem Science in the School of Geography and the Environment and the Department of Physics, University of Oxford, a Fellow of Linacre College and Director of the Oxford Net Zero Initiative.