The conservation of biodiversity is usefully understood to be the maintenance of ecosystem health and restoration of endangered species.

In this presentation, Professor John Vucetich & Professor David MacDonald, will examine how the two most important phrases in that definition “ecosystem health” and “endangered species” are underdetermined to the point of being increasingly problematic for advancing real-world conservation concerns. Those ideas – ecosystem health and endangered species – can be adequately understood, but only with a significant dose of ethical reasoning that is missing from the discourse.

Many real-world conservation issues are also treated as negotiations between those who are for and against conservation, where the effort is either discovering a win-win outcome or the assertion of political power for some particular win-lose outcome. These hyper-political environments distract from steep ethical trade-offs that rise from the inevitable conflicts about four basic goals: conservation, social justice, animal welfare, and increased agricultural production. The best outcomes almost certainly require that more of society’s leaders become more facile with the ethical dimensions of these trade-offs. 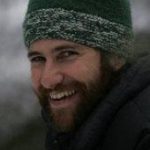 Professor John Vucetich is from the School of Forest Resources and Environmental Science at Michigan Technological University. After graduating from Michigan Technological University with a BSc in Biological Sciences and a PhD in Forest Sciences, he took a Research Assistant Professorship at the same institution and became an Associate Professor in 2011.

He has authored or co-authored over 75 peer-reviewed articles that have been collectively cited more than 3400 times. His scientific research has led to valuable insight pertaining to predation and population genetics. Professor Vucetich has also distinguished himself as an expert in conservation ethics. That expertise is comprised of equal parts scholarly rigor and real-world conservation experience.

His writings on ethics have appeared in scholarly venues, such as Conservation Biology, Bioscience, and Conservation Letters and popular outlets such as The New York Times, Natural History, Huffington Post, and The Ecologist. Writing on a wide range of topics – trophy hunting, wilderness, endangered species, sustainability, animal welfare, and climate change mitigation – Professor Vucetich’s work has been acknowledged by its influence on policy and scholarship. He has been involved with numerous documentaries, art exhibits and museum exhibits which detail the wolves and moose of Isle Royale. He has been fictionalised as the main character in a novel (Winter Study by Nevada Barr), which made the New York Best-Sellers list at #10 for hard-cover fiction.