The event will launch a book by the Emerging Markets Forum (EMF), a Washington DC based not-for-profit think tank focused on emerging economies.

The book takes a long-term perspective of emerging market economies through 2060. It highlights some of the fundamental and structural changes in the global economy accelerated by the pandemic as well as changes in geopolitics. It looks at the global megatrends, and the key issues such as climate change, rising inequality and inequities, fragility of international monetary system as well as rapid technological changes and their impact on the way we work that will heavily impact the future direction of most economies and societies. Finally, the volume highlights the fact that while many of the issues highlighted require joint actions at the global level, the current multilateral system is no longer geared to tackle them. It needs a major revamp as does the global economic governance.

The seminar will be structured as follows: Harinder Kohli, Founding Director of EMF and primary editor of the book, will present the Major Conclusions of the book; Montek Singh Ahluwalia, former Deputy Chairman of the Planning Commission and G-20 Sherpa of India will discuss his chapter on What Emerging Economies Can and Should Do Fight Climate Change; and finally, Sir Suma Chakrabarti, Chairman of ODI and former President of EBRD will discuss the main findings and recommendations of his chapter on Global Governance and Reform of the Multilateral System. Professor Ian Goldin will moderate the seminar. 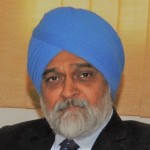 Montek Ahluwalia is an Indian economist who was the Deputy Chairman of the Planning Commission of the Republic of India from 2004 to 14. He was previously the first Director of the Independent Evaluation Office at the International Monetary Fund from 2001 to 2004. He is currently a Distinguished Fellow of the Centre for Social and Economic Policy (CESP) in New Delhi and a member of the Board of the Council for Energy Environment and Water (CEEW) in New Delhi.

Montek Ahluwalia has been a key figure in the Indian economic reforms process on a continuous basis from the mid 1980s. He served as Special Secretary to Prime Ministers Rajiv Gandhi and VP Singh; as Secretary Commerce 1990-1991; as Secretary, Economic Affairs and Finance Secretary in the Ministry of Finance 1991-1998 and as Member Planning Commission and member of the Economic Advisory Council to the Prime Minister 1998-2001. Prior to 1980 he was a member of the Staff of the World Bank and was the Chief of the Income Distribution Division before leaving the bank to join the Government of India in 1979 .

He has published several articles on various aspects of development, including India's economic reforms, in academic journals and in edited collections. He was a co author, along with Hollis Chenery and others, of "Redistribution with Growth" published by Oxford University Press in 1974. His book “Backstage: The Story of India’s High Growth Years” was published by Rupa Publications in 2019 In 2011 he was awarded the Padma Vibhushan, India's second highest civilian award, by the President of India. 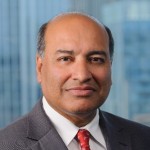 Sir Suma Chakrabarti
Chair of the Board of Trustees, ODI

Sir Suma Chakrabarti is Chair of the Board of Trustees of ODI, a global affairs think tank, and also Adviser to the Presidents of Kazakhstan and Uzbekistan on economic development, governance and international cooperation. Sir Suma also holds positions at the Astana International Financial Centre and with a number of entities tackling climate change. He also served recently as a member of the WHO Pan-European Commission on Health and Sustainable Development and the Commission for Smart Government in the U.K.

Sir Suma was President of the European Bank for Reconstruction and Development from 2012 to 2020, focused on growing the private sector in emerging markets. Prior to that Sir Suma was Permanent Secretary (most senior civil servant) in the UK Department for International Development and Ministry of Justice. Sir Suma was knighted in 2006 for his work in international development and UK public service reform. He also holds many other prestigious honours from the UK and a range of emerging markets. 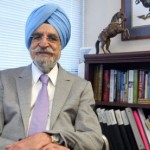 Harinder S. Kohli is the Founding Director and Chief Executive of Emerging Markets Forum as well as Founding Director, President, CEO and largest shareholder of Centennial Group International both based in Washington, D.C. He is the Founding Editor of Global Journal of Emerging Markets Economies. He has written extensively on the emergence of Asia, Latin America, Africa, and other emerging market economies; financial development; and infrastructure. He led Centennial Group teams that helped ADB, and CAF develop their long-term corporate strategies. He is also an author or co-author of some fifteen books published by international publishing houses, the World Bank, Asian Development Bank and JICA; some of the books have been translated into French, Spanish, Chinese, Russian and Japanese. These books include: The world in 2050: Striving for a just, prosperous, and harmonious global community; and China’s Belt and Road Initiative: Potential Transformation of Central Asia and the South Caucasus.

Prior to starting his current ventures, he served over 28 years in various senior managerial positions at the World Bank and worked in some 80 emerging market economies in Asia, Latin America, Europe, Middle East, and Africa. Earlier he worked in the private sector in India and France. He has also been independent Director of IT companies based in the US and India. He has lectured at the Emerging Markets Institute as well as many international forums.

From 1996 to 2001, he was chief executive of the Development Bank of Southern Africa (DBSA) and served as an adviser to President Nelson Mandela. From 2001 to 2006 Ian was Vice President of the World Bank and the Group’s Director of Policy. Previously, Ian served as Principal Economist at the EBRD and the Director of the Trade at the OECD Development Centre.

He has been knighted by the French Government and selected as Global Leader of Tomorrow by the World Economic Forum. He has published over 60 journal articles and 23 books, most recently Rescue: From Global Crisis to a Better World. Previous books include Terra Incognita:100 Maps to Survive the Next 100 Years; Age of Discovery: Navigating the Storms of Our Second Renaissance and The Butterfly Defect: Why Globalization Creates Systemic Risks and What to Do, in which he predicted that a pandemic was the most likely cause of the next financial crisis. Other books include Exceptional People; Development; The Economics of Sustainable Development, and Is the Planet Full?. He has authored and presented three BBC Documentary Series After The Crash; Will AI Kill Development? and The Pandemic that Changed the World. He has been interviewed on BBCHardTalk and is a frequent contributor to leading global media outlets.

He provides advisory and consultancy services to the IMF, UN, EU, OECD and numerous governments and leading global businesses. He is Chair of the core-econ.org initiative to transform economics, a member of the International Science Council, and is an honorary trustee of Comic Relief and other charities.