As technology accelerates, the human mind struggles to keep up - and our companies, workplaces, and democracies get left behind. This is the exponential gap.

Leading technologist, Azeem Azhar, in conversation with Professor Ian Goldin, will explain how this exponential gap is rewiring business and society. Exploring corporations and the workplace, diplomacy and big tech, Azeem will make sense of a period of dizzyingly fast change - and reveals how we should respond. 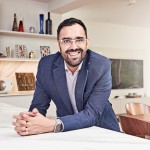 Azeem Azhar is a serial entrepreneur, investor and Author of Exponential: How Accelerating Technology Is Leaving Us Behind and What to Do About It. He is the creator of the Exponential View, Britain's leading platform for in-depth tech analysis. His weekly newsletter is read by 200,000 people from around the world, and his chart-topping podcast has featured guests including Yuval Noah Harari, Reid Hoffman, and Tony Blair.

Azhar is also on the board of the Ada Lovelace Foundation, the leading independent research institute focused on the ethics of AI and is a member of the World Economic Forum’s Global Future’s Council on the Digital Economy and Society.

Previously, he’s been an award-winning entrepreneur, founding the VC-backed, PeerIndex, which was acquired in 2014. He has also invested in more than 30 startups, with exits to Microsoft & Amazon amongst others. The early part of Azhar’s career took him to journalism, where he covered technology at The Guardian and The Economist. Azhar has also had strategy and innovation roles at the BBC and Thomson Reuters, and was on a non-executive board at Ofcom, the UK’s converged communications regulator.

He has published over 50 articles and 23 books. He is the presenter of three BBC series After the Crash, Will AI Kill Development? and The Pandemic That Changed the World. His most recent books are Terra Incognita: 100 Maps to Survive the Next 100 Years and Rescue: From Global Crisis to a Better World. More information can be found at iangoldin.org