How do we solve health inequity?

There are over 50 neurologists in Oxford. In the whole of Ghana (population 33 million), there are six. In Zimbabwe (population 15 million) there are two. A suggestion that has been offered for many years is to develop new technologies to assist non-physician healthcare workers. Yet, resource poor settings are littered with failed attempts to do this. Donating an MRI scan does nothing if you do not have the personnel to maintain it. Similarly, providing expensive drugs is likely to break the country’s healthcare budget once the grant funding runs out.

How, then, do we develop sustainable improvements in health care across low to middle income settings?

In this panel discussion we explore a novel approach taken to tackle epilepsy, one of the most common, serious neurological illnesses. By embedding an oral history programme within a project designing economically viable technologies, we will showcase how the lived experience of people with a condition can lead to enduring solutions. There will be open discussion on the challenges faced and the aspirations for future work. Importantly, we will hear from in-country collaborators and from those in other resource limited settings as we try and better understand how apps and devices may be delivered at scale.

The expert panel includes neurologists from Zimbabwe and the Democratic Republic of Congo as well as Oxford engineers and historians. The discussion will be moderated by Arjune Sen and Kevin Marsh with interactive audience participation throughout

We hope you can join us for what promises to be a lively conversation on how to solve the seemingly insoluble and create globally applicable technologies to improve mind-brain health. 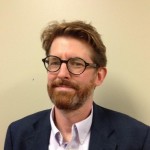 Professor Denison holds a joint appointment in Engineering Science and Clinical Neurosciences at Oxford, where he explores the fundamentals of physiologic closed-loop systems in collaboration with the MRC Brain Network Dynamics Unit.

Tim also serves as an advisor to several governments and industry boards on the field of translational medical devices; in particular, helping define strategies for mapping scientific discovery to product development roadmaps within the regulatory and economic constraints of medical systems.

Prior to Oxford, Tim was a Technical Fellow at Medtronic PLC and Vice President of Research & Core Technology for the Restorative Therapies Group, where he helped oversee the design of next generation neural interface and algorithm technologies for the treatment of chronic neurological disease. In 2015, he was elected to the College of Fellows for the American Institute of Medical and Biological Engineering (AIMBE). 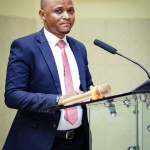 He is an Author and Co-Author of several original articles published in international journals and reviews, He has organised several training seminars for primary doctors and nurses on improving the management of epilepsy in the DRC. 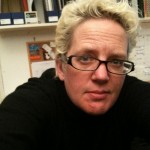 She is based at the Oxford Centre for the History of Science, Medicine & Technology and is a research fellow of the Wellcome Centre for Ethics and Humanities.

Her most recent research tells the story of 1950s Kenya through the lens of a unique photographic collection from psychiatrist Edward Lambert Margetts. However, she has also worked extensively in both historical research and public health communication in Zaire (Democratic Republic of the Congo), South Africa, Botswana, Zimbabwe, Uganda, Tanzania, and Zanzibar 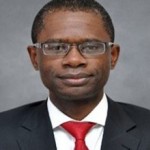 Gift Ngwende
Chairman of the Department of Medicine, University of Zimbabwe

Dr Gift Ngwende has been a physician and neurologist since 2008 and is Chairman of the Department of Medicine at the University of Zimbabwe Faculty of Medicine and Health Sciences.

He runs the Epilepsy and Neurology clinic at Parirenyatwa Hospital in Harare - the only neurology clinic in the country. In 2013 he established the first and only stroke unit in Zimbabwe at Parirenyatwa Hospital. Until 2016, Gift was the only neurologist working in Zimbabwe. He has since been joined by two other neurologists at the University of Zimbabwe.

He is the current President of the Zimbabwe League Against Epilepsy, a member of the Zimbabwe Epilepsy Support Foundation Management Board and has greatly contributed towards neurological care and research in Zimbabwe. He is the lead writer for the national epilepsy treatment guidelines for the Essential Drug List In Zimbabwe. His involvement in these institutions has given him a solid understanding of the epilepsy landscape in Zimbabwe. 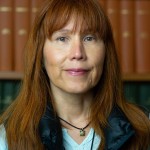 She has worked on hardware and software design for many applications, including SCADA systems, industrial mass flow meters, and most recently, in implantable medical devices. Mayela worked as a full-time lecturer and researcher at the Universidad Central de Venezuela, and has also taught undergraduates at Oxford University. She has authored many publications and patents from her work on industrial sensors.

Mayela joined Professor Tim Denison’s Group in 2019, to work on interfaces to the central nervous system for research and treatment of several pathologies. 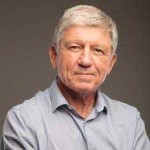 Kevin Marsh is a Professor of Tropical Medicine at the University of Oxford and senior advisor at the African Academy of Sciences. He qualified in medicine at the University of Liverpool in 1978 and began his research career at the MRC Unit in the Gambia working on the immunology of malaria. In 1989 he established with colleagues a series of research projects on malaria in Kilifi on the Kenyan coast. These have subsequently developed into an international programme working on all aspects of health in east Africa (the KEMRI Wellcome Trust Research Programme) involving around 800 staff working across a number of countries in east Africa of which he was director until August 2014. 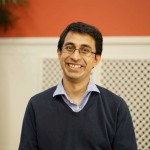 Professor Arjune Sen is appointed as Consultant Neurologist at The John Radcliffe Hospital, NIHR BRC Senior Research Fellow in Epileptology, Associate Professor at the University of Oxford and is Head of the Oxford Epilepsy Research Group.

He is interested in global epileptology and comorbidities experienced by people with epilepsy. He retains a key interest in epilepsy genomics; is a principal investigator of the EPIGEN Consortium and has organised two of the recent annual EPIGEN meetings. He leads projects concentrating on deep phenotyping.

Arjune is the current topic advisor to the NICE Epilepsy Guidelines and overseas director at the Institute of Neuroscience in Kolkata. His total grant portfolio, as a chief investigator, exceeds £8.2M and he is the UK lead investigator for multiple studies and trials. He supervises 6 current PhD students; has published 8 Chapters in the past 5 years and Guest Edited recent Special Editions for Seizure (2020) and Epilepsy & Behavior (2019).