This seminar series is organised by the Oxford Institute of Population Ageing.

Please note that this event is taking place in-person at the Oxford Martin School and online via Zoom. You will need to register and indicate whether you wish to attend in person or online. Please register 12 hours before the seminar. 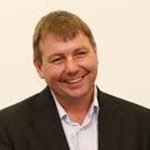 Professor Danny Dorling
School of Geography and the Environment, University of Oxford

Danny Dorling joined the School of Geography and the Environment in September 2013 to take up the Halford Mackinder Professorship in Geography. He was previously a professor of Geography at the University of Sheffield. He has also worked in Newcastle, Bristol, Leeds and New Zealand, went to university in Newcastle upon Tyne, and to school in Oxford.

Much of Danny's work is available open access (see www.dannydorling.org). With a group of colleagues he helped create the website www.worldmapper.org which shows who has most and least in the world. His work concerns issues of housing, health, employment, education, wealth and poverty. His recent books include, co-authored texts: The Atlas of the Real World: Mapping the way we live; Bankrupt Britain: An atlas of social change; Rule Britannia: Brexit and the end of empire; and Finntopia: what we can learn from the world's happiest country.