Cooling is necessary for the quality of life of billions of people living across countries.

Whether in hot climates or in regions that are traditionally unprepared for ever more frequent heatwaves due to climate change. The energy needed for air conditioning is likely to triple by 2050, with an equivalent of ten new air conditioning units projected to be sold every second for the next 30 years (as per the IEA). This huge demand has the potential to drive up greenhouse gas emissions and exacerbate the very problem it is designed to alleviate. The Future of Cooling Programme’s vision is to understand and shape worldwide cooling solutions which place planetary stewardship and protecting people’s needs at their heart. These will inform and help prepare countries for extreme heat events by prioritising passive and less energy-intensive technology, while shifting the trajectory of cooling growth towards sustainability.

As we move towards one of the most important rounds of the UNFCCC Climate Negotiations, the Future of Cooling programme is hosting a series of online seminars leading up to COP26. The motivation behind the series is the need for high-profile and broad-reaching conversations on tackling cooling as a system -- one that is integral to addressing the climate crisis. The webinars will engage in conversation with academics, industry and policy makers, and cover each of the themes that link to the programme’s framework on sustainable cooling: social interactions and cooling cultures; cooling technology and innovation; models for sustainable cold chains; circular cooling economy; infrastructure design for sustainable cooling; and finally, cooling for climate action.

Physicist Amory Lovins is Cofounder and Chairman Emeritus of Rocky Mountain Institute, energy advisor to major firms and governments in 65+ countries for 40+ years and the author of 31 books and more than 600 papers. He has taught at ten universities and has received numerous awards for his work, including the Blue Planet, Volvo, Zayed, Onassis, Nissan, Shingo, and Mitchell Prizes, the MacArthur and Ashoka Fellowships, 12 honorary doctorates, and the Heinz, Lindbergh, Right Livelihood (“alternative Nobel”), National Design, and World Technology Awards. Time has named him one of the world’s 100 most influential people, and Foreign Policy, one of the 100 top global thinkers.

Among his many areas of expertise, Amory is a leading figure of the global drive to improve energy efficiency, and, more recently, to provide universal access to cooling without warming the planet. He has overseen the establishment of the Global Cooling Prize in 2018 to honour innovations which can reduce the climate impact of cooling by at least 80%. Since the 1980s, he has produced an extensive publication track record on technical, economic, environmental, social and cultural aspects of cooling. As early as 1992, he focused on behavioural and cultural issues of cooling, believing that people’s perceptions of thermal comfort are key to improve the cooling infrastructure. 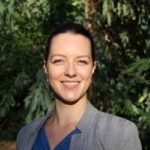 Madeleine Edl is an Energy Efficiency Specialist who coordinates regional projects on energy efficient lighting, cooling and appliances, and supports the development of several tools and resources within UNEP’s United for Efficiency (U4E) initiative. Within this context, she is responsible for the coordination of the initiative’s activities in the Southern and Eastern African regions on the development of Minimum Energy Performance Standards (MEPS) and labels for air conditioners and refrigerating appliances. Additionally, she is also currently facilitating the harmonisation of product registry activities in the South East Asian region.

Madeleine has previously worked in Niger on providing technical assistance to a regional body in the context of securing the energy supply in the West African region. She holds a master’s degree in International Policies and is currently pursuing an additional master in Energy Management.