Although its broad geographical range and charismatic appeal make the leopard one of the most potent mammalian ambassador species, it is experiencing a greater range loss than most other large terrestrial carnivores.

In Asia, leopard subspecies currently occur in only 16% of their historical range, mainly in mountainous landscapes.

With about 25% of all land area, mountain regions are home to more than 85% of the world’s species. Asia’s high mountains form the headwaters of river systems that provide fresh water for nearly one-third of the world’s population. With ongoing global changes in climate and land use, the role of mountains as refugia for biodiversity may well come under threat.

The majority of the remaining leopard montane range is in Asia’s borderlands, and thus in most countries conservation of leopards is dependent on trans-boundary collaboration. Nonetheless, leopards’ scattered range and fragile number across multiple jurisdictions will result in additional susceptibility due to dynamic changes in domestic policies and international relations.

In this discussion, Dr Mohammad Farhadinia and Professor David Macdonald will explore the critical role of mountains for biodiversity conservation amidst international political concerns. 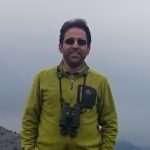 Mohammad Farhadinia, is a conservation biologist with over 20 years of experience in the fields of carnivore conservation, outreach and community-based management in the Middle East. Mohammad has been working with various academic, civil and governmental organizations, nationally and internationally, having authored more than 60 peer-reviewed publications and book chapters.

He completed a DPhil at University of Oxford in 2018. He has won various national and international awards, such as Future for Nature Award (2009), Iran’s National Youth Award (2010) and Prize for the Next Generation in Wild Cat Conservation (2012). He also serves as a board member to the Society for Conservation Biology (SCB) Asia.

At the Oxford Martin School, Mohammad will focus his work on wider factors affecting conservation (largely of megafauna) throughout the Middle East considering environmental resources and cross-border conservation, with the goal of leveraging biodiversity conservation in this region of the world. 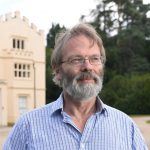