In the age of COVID-19, the lie machine is working to undermine trust in institutions like the World Health Organization.

They are pushing a narrative that scientists and experts should not be trusted. And this has worrying implications for global health.

Join us online as Professor Phil Howard, author of Lie Machines: How to Save Democracy from Troll Armies, Deceitful Robots, Junk News Operations, and Political Operatives and Nicola Aitken, Policy Manager at Full Fact, discuss the implications, power and effectiveness of these lie machines and how we can utilise them or shut them down.

To register and watch this talk live: https://www.crowdcast.io/e/lie_machines 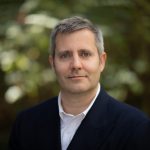 Howard investigates the impact of digital media on political life around the world, and he is a frequent commentator on global media and political affairs. Howard’s research has demonstrated how new information technologies are used in both civic engagement and social control in countries around the world. His projects on digital activism, information access, and modern governance in both democracies and authoritarian regimes have been supported by the European Research Council, National Science Foundation, US Institutes of Peace, and Intel’s People and Practices Group.

He has published eight books and over 100 academic articles, book chapters, conference papers, and commentary essays on information technology, international affairs and public life. His latest book, Lie Machines: How to Save Democracy from Troll Armies, Deceitful Robots, Junk News Operations, and Political Operatives was published on 19 May 2020 by Yale University Press. 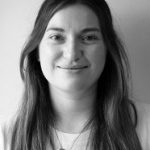 Nicola Aitken is a policy manager at Full Fact, the UK’s independent fact checking charity. She is fighting the causes and consequences of bad information through advocating for internet companies and the government to take proportionate steps to prevent the harm bad information can cause.

Until February 2020 she was Head of Counter Online Manipulation at DCMS in the UK government. She led the team developing policies to tackle mis/disinformation, including those outlined in the government’s Online Harms White Paper. Nicola has previously worked on EU tech regulation, broadcasting regulation and wider media policy.