This event will discuss the findings of a recent inter-disciplinary Climate Policy paper that uses the principles of international environmental law to select criteria to determine 'national fair shares' in GHG mitigation. Fair share ranges consistent with international environmental law principles offer a benchmark for existing and new nationally determined contributions under the Paris Agreement, for peer-to-peer comparisons, and to feed into the global stock takes. Such fair share ranges can also inform climate litigation in which the adequacy of national contributions, and thus a state’s fair share, is at issue. 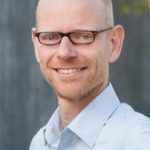 Professor Dr Niklas Höhne is a founding partner of NewClimate Institute and Special Professor “mitigation of greenhouse gas emissions” at Wageningen University. Since the year 2000 Niklas Höhne has contributed to several IPCC reports as lead and contributing author, including the Fourth, Fifth and Sixth Assessment Report for the chapters on climate policies and international cooperation. He is also lead author of all UNEP Emissions Gap Reports since 2010. He created the Climate Action Tracker that tracks commitments and actions of countries on climate change. He participated as expert in hearings of the European and German parliament.

His work on sharing the effort of reducing emissions between countries led to the IPCC statement of 2007 that developed countries would need to reduce emissions by 25% to 40% in 2020 compared to 1990 to be compatible with limiting global temperature increase to 2°C. Before co-founding NewClimate Institute, Niklas Höhne worked at Ecofys, a leading climate and energy consultancy (2001 to 2014), where he last was Director of Energy and Climate Policy. Previously, he was a staff member of the UNFCCC secretariat (1998 to 2001). 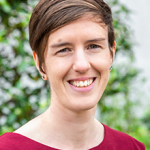 Dr Louise Jeffery is a Climate Policy Analyst at NewClimate working on tracking climate action and carbon markets. She has more than seven years’ experience in climate change policy research, primarily in tracking mitigation efforts under the UNFCCC.

Louise is trained in Earth and Environmental Sciences and chose to apply her scientific training to the challenge of climate change. At the Potsdam Institute for Climate Impact Research (PIK) she developed tools for equity analysis, evaluated country pledges, and developed approaches for assessing global progress on mitigation. 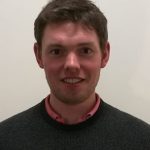 Gerry Liston is a Legal Officer with the Global Legal Action Network (GLAN), a PhD candidate at the Irish Centre for Human Rights and a qualified solicitor (Ireland). He leads GLAN’s work in supporting six Portuguese youth-applicants pursue their climate case against 33 States before the European Court of Human Rights. He has outlined the manner in which the “fair share” question is addressed in that case in an article published in the Cambridge International Law Journal. 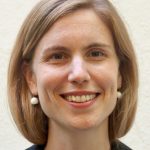 Lucy Maxwell is a human rights lawyer and Senior Legal Associate at the Climate Litigation Network, a project of the Urgenda Foundation. Urgenda is a Dutch sustainability organisation and it won a landmark climate case against the Dutch Government. At the Network, we work with communities and lawyers around the world to bring similar landmark cases, sharing our legal and scientific expertise. 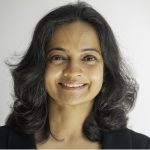 Lavanya Rajamani is a Professor of International Environmental Law at the Faculty of Law and an Oxford Martin Fellow on the Oxford Martin Initiative on a Net Zero Recovery. Lavanya specialises in the field of international environmental and climate change law. She has authored several books and articles in this field, including the ASIL prize-winning co-authored book, International Climate Change Law (OUP, 2017), and Innovation and Experimentation in the International Climate Change Regime (Hague Academy/ Receuil des Cours, 2020). She serves as Coordinating Lead Author for the IPCC’s Sixth Assessment Report, and has also served as a consultant and legal advisor, among others, to the UNFCCC Secretariat and Alliance of Small Island States. She was part of the UNFCCC core drafting and advisory team for the 2015 Paris Agreement.