The food system generates around a third of human-made greenhouse gas emissions, with about half of these attributable to animal production; and yet food was markedly absent from official discussions at COP26.

This, for many analysts, represented not only a major climate-relevant omission but also a missed opportunity for reshaping the food system in ways that could achieve broader set of social, environmental and economic benefits.

That said, some of the major commitments agreed at the 2021 COP – notably around deforestation and methane – will, if implemented, require action from the livestock sector, and many activists are hoping that COP27 will see a far greater focus on livestock-related concerns than has been the case so far.

But what exactly is the livestock problem that needs to be addressed? For some, the ongoing trend towards large-scale, capital-intensive, high density livestock production is the major issue. For others, this trend towards intensification is to be welcomed, since, it is argued, they are far more environmentally efficient than the traditional, extensive and low yielding systems they replace. And then there is the question of appetite. Is our growing demand for meat a given, and the challenge a matter of meeting this demand at least environmental cost; or are robust policies needed to incentivise a shift towards more plant-based, lower impact diets? Is everyone actually missing the point, using overly simplistic metrics to assess the environmental goods and bads of livestock production, and in so doing failing to recognise the numerous ecological, social, economic and cultural benefits of certain livestock systems and the importance of foregrounding equity and food sovereignty in discussions about livestock?

Please join Dr Tara Garnett (director of TABLE and fellow of the Oxford Martin School) in conversation with Dr Helena Wright, Policy Director at the FAIRR Initiative, Dr Pablo Manzano, Ikerbasque Research Fellow at the Basque Centre for Climate Change, and Dan Blaustein-Rejto, Director of Food and Agriculture at the Breakthrough Institute. 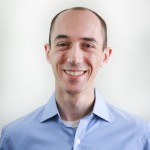 Dan Blaustein-Rejto is the Director of Food & Agriculture at the Breakthrough Institute — a Berkeley-based think tank focused on climate, energy, food, and agriculture. His research focuses on how public policy can support environmentally and socially beneficial innovations such as alternative proteins and methane-reducing cattle feeds.

He is the lead author of reports on how to reduce cattle’s land and carbon footprint. He serves as a judge for the XPRIZE Feed the Next Billion competition, and has been published in the Los Angeles Times, Forbes, The Hill, Bloomberg, and other publications. Blaustein-Rejto has a Masters in Public Policy from the University of California, Berkeley and a Bachelors from Brown University. 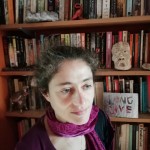 Tara has worked on food for over 25 years within both the NGO and academic sectors. Since 2012 she has been a researcher at the Environmental Change Institute at the University of Oxford, an Oxford Martin Senior Fellow on the Oxford Martin Programme on the Future of Food and part of the Wellcome Trust-funded LEAP project.

In 2005 she founded the Food Climate Research Network (FCRN), TABLE's precursor. Tara has a degree in English Literature (University of Oxford), a Masters in Development Studies (School of Oriental and African Studies) and a PhD from the Centre for Environmental Strategy at the University of Surrey. In 2015 she was awarded the Premio Daniel Carasso.

Pablo Manzano is an Ikerbasque Research Fellow at the Basque Centre for Climate Change (BC3) in Bilbao, Spain. His research focuses on the transdisciplinary analysis of sustainability in livestock-based socioecosystems. Originally a rangeland ecologist (PhD at the Autonomous University of Madrid, Spain), his research methods imply the understanding of complex situations through the integration of ecological, sociological and economic data across different temporal and spatial scales.

During 2020-2021, Pablo worked at the University of Helsinki as a post-doc fellow in the Helsinki Institute of Sustainability Science (HELSUS). Prior to that he developed a career across different international organizations, including the International Union for Conservation of Nature in Nairobi (Kenya) and the UN Food and Agriculture Organization in Rome (Italy) but also developing short-term consultancies for many others. 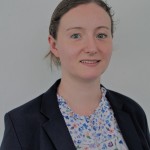 Dr Helena Wright is Policy Director at the FAIRR Initiative based in London, where she focuses on policy solutions related to the risks and opportunities surrounding intensive animal agriculture. Helena’s work focuses on engaging with governments, regulators, industry bodies and investors to promote greater understanding of the ESG risks surrounding intensive animal agriculture and build increased engagement around sustainable policies and business practices.

Her previous experience includes working as a Vice President at World Wide Fund for Nature (WWF), working at think tank E3G on sustainable finance, as well as working as a negotiator for the UK Government. She holds a PhD from Imperial College London.