Climate crisis seems a threat out of nowhere that we didn’t deserve and that doesn’t fit with how we see ourselves and our future. It’s both overwhelming and difficult to imagine.

This panel discusses how stories, histories, art and music can help with the complex but necessary process of rethinking the world as we know it. Existential fears, moral complexities, loss, mourning, hope, and the struggle for liveable futures are not new experiences for humanity. On the contrary, they’re profoundly familiar and all societies have many ways to explore them. Yet, the climate crisis makes these struggles to understand the present and consider the future so much more complex. In this panel we argue that histories help people understand a situation that has been millennia in the making; stories allow us to re-see and reimagine the familiar; art and music open up novel forms of experiencing the world. Collectively we make a case for moving beyond an overwhelming absorption with climate science and its communication to, instead, centre the humanities and social sciences in the creation of necessary forms of critique, resilience, adaption and transformation.

Ticketing will close 2 hours before the start of the event.

This event is organised by the TORCH Climate Crisis Thinking in the Humanities and Social Sciences Network, which is supported by the Oxford Martin School. 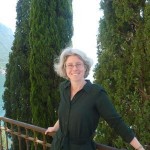 Amanda is an historian of religion, power and intellectual life in medieval Europe. She has been involved in developing the field of global medieval history, and new approaches to historical study that speak to the concerns of the mounting climate and environmental crisis. 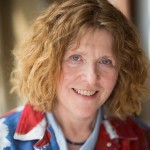 Fiona's work is rooted in the Romantic period, but has always branched out in various directions. She has published widely on many Romantic period writers and has also traced connections between the Romantic period and the present and explored the relationships between writing and place. The natural world itself, as well as literary representations, inspire my writing on trees, flowers, and coastal regions: I find field work and literary work mutually enriching. I continue to work on Romantic literature and its legacies, Scottish and Irish literature, Archipelagic writings and art, place and nature, literature and the environment, literature and the visual arts. 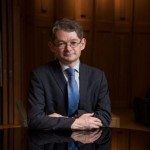 Daniel's research is concerned with music, landscape, and cultural geography, with particular reference to Scandinavian music and early twentieth-century English music. Drawing widely on analytical, historical and critical theoretical models, his writing examines landscape both as a medium of representation or description and as a mode of embodiment or performance. His work is concerned with the ways in which particular landscapes shape our responses to music and sound, and equally the extent to which our sense of landscape and environment responds to patterns or fields of acoustic perception. 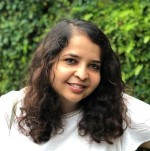 Nayanika Mathur
Associate Professor in the Anthropology of South Asia

Nayanika is an anthropologist who has worked previously on bureaucracy, development, and the state in India. Her current interests are centred upon the study of climate change, human-animal relations, anthropological methods, and the Anthropocene. She has recently completed a book manuscript, Crooked Cats, that studies the climate crisis through changing human-big cat relations in India. She is developing a new project that is centred upon crafting methods that cross disciplines in order to capture the reality and future/s of climate change in the Himalaya.