Have you ever been denied insurance, a loan, or a job? Have you had your credit card number stolen? Do you have to wait too long when you call customer service? You might have the data economy to thank for all that and more.

Digital technology is stealing our personal data and with it our power to make free choices. To reclaim that power, and our democracy, we must take back control of our personal data. Surveillance is undermining equality. We are being treated differently on the basis of our data. But what can we do?

Join the author of Privacy is Power: Why and How You Should Take Back Control of Your Data, Carissa Véliz and Professor Rasmus Nielsen, Lead Researcher on the Oxford Martin Programme on Misinformation, Science and Media, as they discuss the need to understand the power of data better, how we can start protecting our privacy and how we need regulation. It is time to pull the plug on the surveillance economy.

To watch online and join in with the Q & A: www.crowdcast.io/e/privacy-is-power 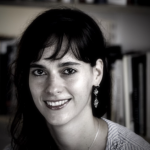 Carissa Véliz is an Associate Professor in Philosophy at the Faculty of Philosophy and the Institute for Ethics in AI, and a Tutorial Fellow at Hertford College, University of Oxford.

Her research focuses on ethics and AI, moral and political philosophy more generally, and public policy. She is the author of Privacy Is Power (Transworld, 2020), and The Ethics of Privacy (Oxford University Press, forthcoming), as well as the editor of the Oxford Handbook of Digital Ethics (forthcoming). Carissa completed her DPhil in Philosophy at the University of Oxford. 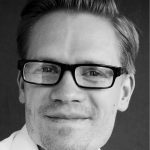 Professor Rasmus Kleis Nielsen is Director of the Reuters Institute for the Study of Journalism; Lead Researcher on the Oxford Martin Programme on Misinformation, Science and Media and Professor of Political Communication at the University of Oxford. He was previously Director of Research at the Reuters Institute and Editor in Chief of the International Journal of Press/Politics.

His work focuses on changes in the news media, on political communication, and the role of digital technologies in both. He has done extensive research on journalism, American politics, and various forms of activism, and a significant amount of comparative work in Western Europe and beyond.

Recent books include The Changing Business of Journalism and its Implications for Democracy (2010, edited with David Levy), Ground Wars: Personalized Communication in Political Campaigns (2012), and Political Journalism in Transition: Western Europe in a Comparative Perspective (2014, edited with Raymond Kuhn).

In 2014, he won the Doris Graber Award for best book on political communication published in the last ten years, awarded by the American Political Science Association, for Ground Wars. He is also recipient of the 2014 Tietgen Prize for his work on current changes in the news media.