The current pandemic has highlighted the critical importance of communicating complex scientific ideas to both policy makers and the general public.

The challenge is made harder by the science typically not being completely certain, and for differing views to exist within the scientific community. It is also difficult when policy informed by science advice can potentially affect people’s liberty of action as well as the general economy.

Two people who have grappled with these issues over the last nine months are Fiona Fox, the Chief Executive of the Science Media Centre in London, and Tom Feilden, the science correspondent on BBC Radio 4’s flagship Today programme. In conversation with Charles Godfray, they explore the lessons that can already be learned from the pandemic for science communication in future emergencies. 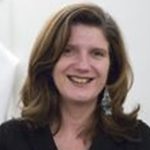 Fiona Fox has a degree in journalism and many years of experience in working in media relations for high profile national organisations. Her career includes stints working for the Equal Opportunities Committee, National Council for One Parent Families, and CAFOD (a leading aid agency), before her current role as Chief Executive of the Science Media Centre which opened in April 2002.

Other than her dedication to the SMC, Fiona was chair of the Department for Business, Innovation and Skills Working Group that published a report on the future of science in the media in January 2010 as part of the UK’s Science and Society strategy. She was also called to give oral evidence to the Leveson Inquiry into press standards in the UK in 2012, and writes regularly on science in the media. 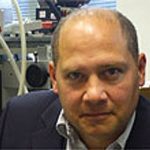 Tom joined the BBC as a general news reporter in 1990, interviewing Mikhail Gorbachev on a train to Cornwall for Radio 1 and covering the conflict in Rwanda before joining the Today programme.

After a brief stint at Newsnight, Tom returned to Today to focus on science and the environment. He covers an eclectic mix of developments in physics and astronomy, medicine, genetics, wildlife and climate change - from super massive black holes to preserving adder habitats.

A former presenter of Radio 4's Costing the Earth, he won a Foreign Press Association award for his series on wildlife in Britain in 2000, and a British Environment and Media Award for his coverage of climate change in 2001.

He should have been part of the Sony award winning team that covered the launch of the Large Hadron Collider at CERN in 2008, but sadly the giant atom smasher broke shortly before the awards ceremony and the judges looked elsewhere.