This country has been worrying about vocational skills since the late 19th century.

Since then we have had one government initiative after another, yet employers' complaints about skill shortages have steadily increased. At the same time, the country has continued to grow economically: so sceptics might wonder if there is really a crisis at all. This conversation brings three expert academic and practitioner perspectives on this vital issue. 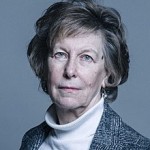 Alison Wolf CBE is the Sir Roy Griffiths Professor of Public Sector Management at King's College London, and she sits as a cross-bench peer (Baroness Wolf of Dulwich) in the House of Lords. She specialises in the relationship between education and the labour market. She has a particular interest in:

The latter is particularly appropriate to the Chair she holds, established in memory of an influential government adviser on medical management.

Alison has been seconded part-time to central government since 2020, as an expert adviser on skills and manpower policy. In 2019 she delivered the annual King's lectures, on 'Universities. the economy and the state'. In February 2018, she was appointed to the English Government's Review of Post-18 Education and Funding, as a member of the independent expert panel.

The report of the panel ('the 'Augar Review') was published in 2019: the government has published an interim response, accepting some of the key recommendations. In 2015/16 she was a member of the independent panel on technical education, chaired by Lord David Sainsbury, whose report formed the basis of the Government's 2016 Skills Plan.

In March 2011 she completed the The Wolf Report for the English government. Alison has been a specialist adviser to the House of Commons select committee on education and skills, writes widely for the national press and is a presenter for Analysis on BBC Radio 4.

Alison spent her early career in the United States working as a policy analyst for the federal government, and worked for many years at the Institute of Education, University of London. Alison was awarded the CBE for services to education in the Queen's 2012 birthday honours. 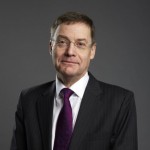 A Fellow of the Academy of Social Sciences, he has undertaken senior roles in universities for over fifteen years, as Head of the Institute of Education at Warwick University (2000-3), as Dean of Education and Lifelong Learning at the University of East Anglia (2003-7), as Dean of Faculty and then Director of the Institute of Education (2007-15) and as Vice-Provost at University College London (2014-15). In 2018, Sir Chris was awarded a knighthood in the Queen’s Birthday Honours for services to higher education.

As Director of the Institute of Education, he led the organisation to top position in the QS world rankings in two successive years, to the Queen's Award for Higher Education and a dominant position in UK education research.

His academic expertise lies in education policy and practice; his work has been developed in fifteen books and over four hundred papers and presentations. He has advised local and national governments in the UK and internationally, across four continents.

Sir Chris graduated with a double starred First in History from the University of Cambridge, where he went on to complete a doctorate in Geography. He was a teacher and senior manager in urban secondary comprehensive schools before becoming a university lecturer.

In 2016, Sir Chris was appointed by the Government as the Inaugural Chair of the Teaching Excellence and Student Outcomes Framework (TEF) heading up the assessment panel that will make decisions on awards he was subsequently re-appointed as Chair until August 2021. The TEF has been introduced to ensure excellent teaching and student job prospects are at the heart of Higher Education and will, for the first time, place the significance of teaching on a par with research. 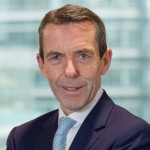 Ian has worked in financial services for four decades. He joined HSBC as Group General Manager and Head of Commercial Banking Europe in 2014, having previously led the corporate and business banking businesses at Barclays and Natwest. He started his career at Bank of Scotland.

Ian is the global Executive Sponsor of HSBC’s Ability Employee Network, and is also a Business Ambassador for Meningitis Now.