The benefits of prevention over cure are self-evident and yet we are reluctant to invest in staying healthy.

Resolution of this age-old dilemma begins with a timeless truth: the benefits of good health come at a cost; prevention is not better than cure at any price. That logic leads to the testable hypothesis that prevention should be favoured when an imminent, high-risk, high-impact hazard can be averted at relatively low cost.

Application of this idea helps to explain why cigarette smoking is still common place, why the world was not ready for the COVID-19 pandemic, why billions still do not have access to safe sanitation, and why the response to climate change has been so slow.

Join Professor Chris Dye, author of The Great Health Dilemma, and Professor Salim Abdool Karim, Director of the Centre for the AIDS Program of Research in South Africa (CAPRISA), as they discuss ways to invest more money and effort in health promotion and prevention around the world today. 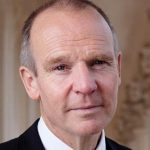 In 1996, he joined the World Health Organization where he developed methods for using national surveillance and survey data to study the large-scale dynamics and control of tuberculosis (TB) and malaria, and Ebola and Zika viruses. As WHO’s Director of Strategy between 2014 and 2018, he worked with governments and other agencies to strengthen WHO's scientific work and to translate science into health policy.

During the Covid-19 pandemic, Chris led the work of a UK-wide group of scientists to set out the evidence and the facts on COVID-19 through “Coronavirus: The Science Explained”, a website hosted by UK Research and Innovation, the UK's funding agency for science and research. He is also a member of the Royal Society SET-C steering committee that provides rapid science advice on the pandemic to government (https://royalsociety.org/topics-policy/projects/set-c-science-in-emergencies-tasking-covid/). 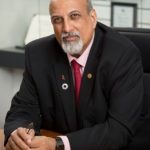 Salim S. Abdool Karim is a clinical infectious diseases epidemiologist who is widely recognised for his research contributions in HIV prevention and treatment. He is CAPRISA Professor for Global Health in the Department of Epidemiology at the Mailman School of Public Health at Columbia University. He is also Director of the Centre for the AIDS Program of Research in South Africa (CAPRISA), Pro Vice-Chancellor (Research) at the University of KwaZulu-Natal in Durban, South Africa and Adjunct Professor of Medicine at Weill Medical College of Cornell University.

His contributions to microbicides for HIV prevention spans two decades and culminated in the CAPRISA 004 tenofovir gel trial which provided proof-of-concept that antiretroviral drugs can prevent sexually transmitted HIV infection and herpes simplex virus type 2 in women. He is co-inventor on patents which have been used in several HIV vaccine candidates and his clinical research on TB-HIV treatment has shaped international guidelines on the clinical management of co-infected patients.

He serves on the Boards of the New England Journal of Medicine, Lancet-Global Health, Lancet-HIV and the Journal of AIDS.