Moving to a new city, a new country, or a new continent changes how people think about themselves and others they encounter.

Migration changes people – both those who move and those who stay. As their society changes, so does how people understand time, space, and their place. Because human cognition is changing in a world of migrant flows, policymakers and social-service providers want to know about who is moving, who is not, and how we make sense of one another.

In “Making Sense of One Another in Crossing Borders: Social Cognition and Migration Politics,” special editors Ilka Vari-Lavoisier and Susan T. Fiske, with consulting editors Christophe Nordman and Douglas S. Massey, convene a group of scholars to discuss how new intellectual approaches - ideas crossing disciplinary borders - can inform our understanding of people crossing borders - migration-based social diversity - and the design of public policies in diverse societies.

Through discussions of cognition and labour market mobility in India to anxiety among natives and migrants in the UK after the Brexit vote, Fiske and Vari-Lavoisier and their authors paint a picture of how individual cognition influences an individual’s decision to migrate, their views on migrants’ social status, or their views of migrants’ religious conversion, among other topics. From this individual cognition frame, the editors and authors discuss how broader social and public policy views are shaped. “In other words,” Fiske and Vari-Lavoisier write in their introduction to the volume, “this first volume on the cognition and migration nexus stands as an invitation to deepen the analysis of the relationships among internal mental processes, collective representations, social practices, political structures, and socioeconomic change.”

To register to attend the event in-person or online please visit this site - https://oxco.typeform.com/to/t37PEZMg 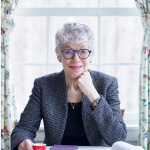 Fiske especially focuses on cognitive stereotypes and emotional prejudices, at cultural, interpersonal, and neuro-scientific levels. Primarily, she is known for the Stereotype Content Model, which identifies two core dimensions of group’ images: being warm/trustworthy or not, and being competent or not (e.g., Old people are stereotyped as warm but incompetent; Ivy League professors as competent but cold). Sponsored by a Guggenheim and a Russell-Sage-Foundation grant, Fiske’s Envy Up, Scorn Down: How Status Divides Us analyzes common and distinctive experiences of stratification by class, race, ethnicity, age, and gender. Fiske’s other salient work includes the Power-as-Control theory and Ambivalent Sexism theory, both informed by her expert testimony cited in a Supreme Court decision. Her work also inspired the play Smart People, by Lydia Diamond, performed in Boston and Chicago, among other places.

She has edited volumes on social cognition, nuclear war, racism, sexism, classism, social neuroscience, psychology in court, research ethics, and science making a difference. She currently edits for Annual Review of Psychology, PNAS, and Policy Insights from Behavioral and Brain Sciences, as well as the forthcoming Handbook of Social Psychology—which will be completely open access. Author of more than 400 publications and winner of numerous scientific awards, she was elected to the National Academy of Sciences, where she has chaired consensus reports on human subjects, the aging workforce, and advancing anti-racism in STEMM. Her primary residence is Jamaica Vermont, with Doug Massey. 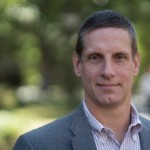 Tom Kecskemethy is Executive Director of the American Academy of Political and Social Science, a scholarly society dedicated to the advancement of the social sciences and to the advancement of public policy that is informed by scientific understanding. He is also an executive editor of The ANNALS of the American Academy, a bimonthly interdisciplinary journal that addresses important social phenomena and policy concerns with empirical research.

Tom came to the AAPSS from the University of Pennsylvania, where he worked in the administration; before he became an academic administrator, he was a surface warfare officer in the United States Navy. He earned an Ed.D. in higher education management from Penn, and did his undergraduate work at Penn State University. His academic interests include organisational change in higher education and the nature of effective leadership as a collective practice. 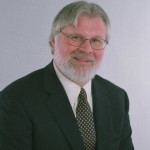 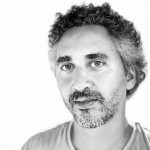 After a PhD in development economics at the University of Paris-I Panthéon-Sorbonne, he joined the Department of Education of the University of Oxford, and then the IRD in 2004. His research focuses on the various dimensions of labour in developing countries, including the formation of earnings, skills, social networks, discrimination, employment and household vulnerabilities, and the labour consequences of migrations. He is currently the co-coordinator of the Observatory of Rural Dynamics and Inequalities in South India (ODRIIS) and was elected President of the French Association of Development Economics in 2022. 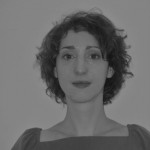 Ilka Vari-Lavoisier is currently a Research Fellow at the Department of Education, at the University of Oxford. She holds a BA in Political Science (Science Po, Aix-en-Provence), a joint master’s degree in Social Sciences (ENS/EHESS, Paris), and a PhD in Sociology from the École Normale Supérieure de Paris. Prior to joining Oxford in 2018, she held a Procter Fellowship at Princeton University and a Postdoctoral Fellowship at the University of Pennsylvania.

At Oxford, Ilka collaborates with various constituencies of the University, including the Migration and Mobility Network, the Department of Sociology, and the School of Anthropology and Museum Ethnography. She has a keen interest in hybrid pedagogy and further developed her expertise in digital media methods in recent years. In collaboration with academics, videographers, and media specialists, she runs video training programmes and produces short films for the University of Oxford.