One strategy to restore vision in retinitis pigmentosa and age-related macular degeneration is cell replacement. Typically, patients lose vision when the outer retinal photoreceptor layer is lost, and so the therapeutic goal would be to restore vision at this stage of disease. It is not currently known if a degenerate retina lacking the outer nuclear layer of photoreceptor cells would allow the survival, maturation, and reconnection of replacement photoreceptors, as prior studies used hosts with a preexisting outer nuclear layer at the time of treatment. Here, using a murine model of severe human retinitis pigmentosa at a stage when no host rod cells remain, we show that transplanted rod precursors can reform an anatomically distinct and appropriately polarized outer nuclear layer. A trilaminar organization was returned to rd1 hosts that had only two retinal layers before treatment. The newly introduced precursors were able to resume their developmental program in the degenerate host niche to become mature rods with light-sensitive outer segments, reconnecting with host neurons downstream. Visual function, assayed in the same animals before and after transplantation, was restored in animals with zero rod function at baseline. These observations suggest that a cell therapy approach may reconstitute a light-sensitive cell layer de novo and hence repair a structurally damaged visual circuit. Rather than placing discrete photoreceptors among preexisting host outer retinal cells, total photoreceptor layer reconstruction may provide a clinically relevant model to investigate cell-based strategies for retinal repair. 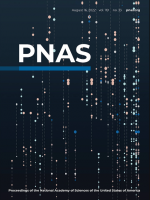