Drivers of Disruption? Estimating the Uber Effect provides the first evidence of the impact of the ‘sharing economy’ phenomenon on jobs and wages in the most exposed industry: taxi services.

It studies the impact of Uber on taxi drivers over the period 2009 to 2015, using data on the rollout of Uber across cities and from the American Community Survey (ACS), the leading source of information on the U.S. workforce.

Authors Carl Benedikt Frey, Thor Berger and Chinchih Chen found that while the introduction of the platform had not led to jobs being lost, it had caused a reduction in the income of salaried drivers.

They found that on average the number of self-employed taxi drivers in a city went up by almost 50 per cent after Uber was introduced, driving wages down by an average of 10 per cent among salaried drivers, compared to cities where Uber remained absent. 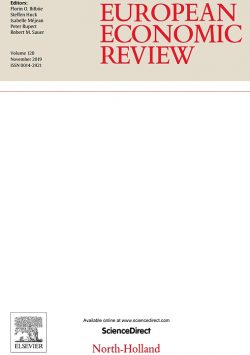