How do workers in the so-called “gig economy” fare? New research carried out by Dr Carl Benedikt Frey and Dr Thor Berger of the Oxford Martin School into this hotly-debated issue has examined the experiences of London’s Uber drivers, and found they have higher levels of life satisfaction compared to other London workers, despite earning significantly less than the London average.

The working paper - Uber Happy? Work and Wellbeing in the ‘‘Gig Economy’’ – was co-authored by Guy Levin and Santosh Rao Danda of Uber Technologies, and was presented at the 68th panel meeting of Economic Policy in Vienna. 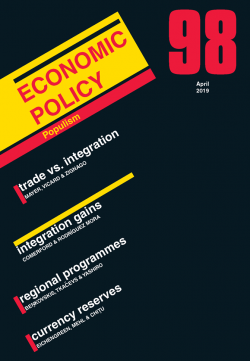