We review recent research on the slowdown of labor productivity and examine the contribution of different explanations to this decline. Comparing the post-2005 period with the preceding decade for 5 advanced economies, we seek to explain a slowdown of 0.8 to 1.8pp. We trace most of this to lower contributions of TFP and capital deepening, with manufacturing accounting for the biggest sectoral share of the slowdown. No single explanation accounts for the slowdown, but we have identified a combination of factors which taken together account for much of what has been observed. In the countries we have studied, these are mismeasurement, a decline in the contribution of capital per worker, lower spillovers from the growth of intangible capital, the slowdown in trade, and a lower growth of allocative efficiency. Sectoral reallocation and a lower contribution of human capital may also have played a role in some countries. In addition to our quantitative assessment of explanations for the slowdown, we qualitatively assess other explanations, including whether productivity growth may be declining due to innovation slowing down. 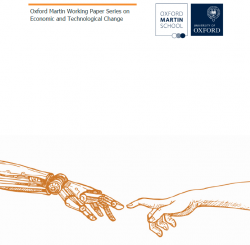 Professor of Globalisation and Development

The multidimensionality of energy poverty in Brazil: A historical analysis