What is The Oxford Martin school?

No other university in the world hosts a research organisation like the Oxford Martin School.

Humanity stands at a crossroads; the sheer speed of change across sectors and systems, including technology, population, health and climate, means that we now have the power to destroy possibilities for future generations. Equally, we have the potential to dramatically improve the wellbeing of people across the planet.

It is this combination of urgency and optimism that characterises all our work at the Oxford Martin School.

Our academics work across more than 30 solutions-focused, pioneering research programmes that cut across disciplines to find solutions to the world's most urgent challenges. From renewable energy to ocean sustainability, and from the future of work to tackling inequality, we foster ground-breaking collaborations between researchers working at the frontiers of knowledge. The unifying theme is that the research must be of the highest academic calibre, tackle issues of global significance, and could not have been undertaken without our support.

Underpinning all our research is the need to translate academic excellence into real-world impact, from innovations in science, medicine and technology, through to expert advice and policy recommendations. 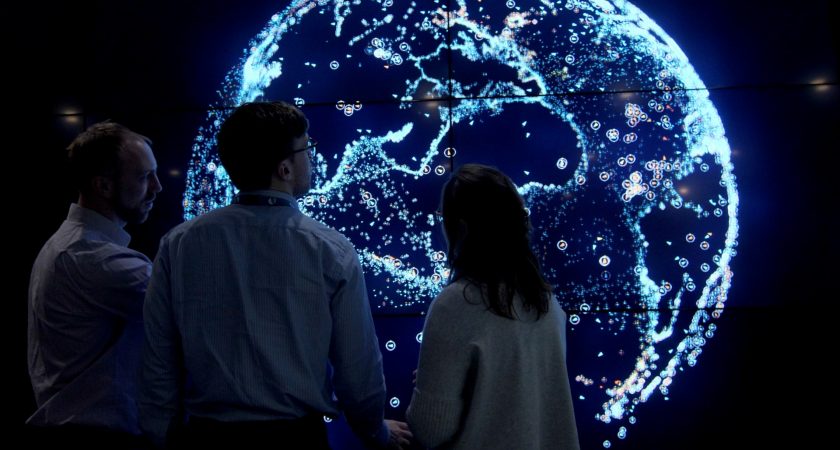 The Oxford Martin School was founded in 2005. It was made possible through the vision and generosity of Dr James Martin (1933-2013), who established the school with the largest benefaction made to Oxford in its history.

In their landmark 2013 paper, ‘The Future of Employment’, Oxford Martin School researchers Carl Frey and Michael Osborne were the first to put a number on the threat that automation poses to jobs. Their prediction that 47% of US jobs could be at risk of computerisation over the coming two decades has prompted policy makers across the globe to reassess skills and education provision to prepare workers for the jobs of the future.

Perovskite solar cells - a low cost, highly efficient alternative to silicon solar cells that could be used to created electricity-generating windows for buildings - were developed with the support of Oxford Martin School funding. The research, led by Professor Henry Snaith, has led to the commercial spin-off Oxford PV, which earlier this year announced it had raised £31 million from its latest funding round.

A major study into the health and environmental impacts of plant-based diets by Oxford Martin School researchers found a global switch to eating less meat could save up to 8 million lives by 2050 and reduce greenhouse gas emissions by two thirds.

Researchers from the Oxford Martin Programme on Bio-Inspired Quantum Technologies were the first in the world to show quantum entanglement within a living organism – a feat thought impossible by pioneers of quantum theory.

Research into the 2008 global financial crisis from the Institute for New Economic Thinking at the Oxford Martin School showed that risk management procedures used by banks could have been at the root of the crash. The recommended procedures, contained in the Basel II accord, failed to account for the severity of risks that banks were prepared to take, the researchers found.

Members of the Future of Humanity Institute, which was among the first research groups established by the Oxford Martin School, are working with tech giants including Amazon, Apple, Google, Facebook, IBM and Microsoft to ensure artificial intelligence technologies are safe and socially beneficial.

The Oxford Martin School brings together a vibrant community of scholars, drawn from across the University of Oxford. All of our research tackles issues of global significance, with teams working to have an impact beyond academia.

Partnerships are essential to the success of our work and we are lucky to number organisations as diverse as The Nature Conservancy, Citi and The Rockefeller Foundation among our active partners.

The School seeks to raise further support for new and existing programmes, as well as opportunities to leverage the influence of partners to increase the impact of our research. Supporters and partners, from the philanthropic or corporate sectors, are a vital part of our success. We are always interested in discussing possible support for existing programmes, as well as exploring new projects and collaborations that draw on expertise from across Oxford and beyond.