of the Old Indian Institute building

History of the Site

The Oxford Martin School is situated at the end of Broad Street in the former Old Indian Institute. It sits among some of the most famous buildings in the city including the Sheldonian Theatre, Clarendon Building, Bodleian Library and the much-photographed Radcliffe Camera.

The area where the building now stands, at the corner of Holywell and Catte Streets, was formerly occupied by four buildings owned and leased out by Merton College. The building at the corner of the junction is believed to have been built in the 1730s by Alderman John Knibb, an upholsterer by trade who went on to serve two terms as Mayor of Oxford, with materials rumoured to be surplus from the building of Blenheim Palace (completed in 1734).

After his death in 1754 the lease was sold and the corner building became a coffee house. Passing through several proprietors the building was operated as a coffee house until 1848 and was known as Bagg’s, Goodwin’s and finally Seal’s. The property then became a private house once more, until in 1881 the leases for the two corner buildings expired and Merton sold the Broad Street site for £7,800 to become the site of the Indian Institute.

Origins of the Indian Institute

Sir Monier Monier-Williams, appointed the second Boden Professor of Sanskrit at Oxford University in 1860, had a vision to encourage and support greater research into Indian literature and culture.

To this end, in 1875 he presented to Congregation the idea of founding an institution dedicated to Indian studies and scholarship. With a positive response from Congregation Monier-Williams began gathering funds for the foundation of the Institute, much of which came from colonial authorities in India and various Indian princes with high-profile support from Queen Victoria, who adopted the title ‘Empress of India’ in 1876, and the Prince of Wales (later King Edward VII) and Lord Northbrook (Viceroy of India 1872-76).

In 1880, with the funding in place, Congregation approved the plan for the Indian Institute at a site in the University Parks. However, there was an objection to the University Parks site and the next year Merton College’s Broad Street properties were bought to become the new Institute.

The Indian Institute building was designed by Basil Champneys whose other architectural achievements include The Rhodes Building at Oriel College and the John Rylands Library in Manchester.

The building was to contain a library and lecture rooms as well as a museum, an integral part of Sir Monier-Williams’ concept, to “present to the eye a typical collection of facts, illustrations and examples which … will give a concise synopsis of India – of the country and its material products – of the people and their moral condition”.

In 1883 the foundation stone was laid by the Prince of Wales, appearing on the front page of The Illustrated London News.

Due to the timings of the leases on the adjacent properties that were to be demolished to make way for the finished building, and to allow time to secure more funding, the building was completed in two sections.

The building was finally completed in 1896 and was officially opened by Lord George Hamilton, Secretary of State for India. Sir Monier-Williams, although retired from his active professional duties retained the title of keeper and perpetual curator of the Indian Institute until his death, aged 80, in 1899.

The Decline of the Indian Institute

The number of Indian nationals studying in Oxford had never been high and did not increase with its opening, leaving the Institute to become almost entirely a training ground for future members of the Indian Civil Service and a museum of curiosities for sight-seers. In 1926 the museum’s collection of (by now rotting) stuffed animals were disposed of and some other items were transferred to the Pitt Rivers Museum. By 1927 the building was managed by the Bodleian Library for an annual fee of £275, which did not come close to meeting its running costs.

In 1939 the museum was closed for the duration of the war and re-opened in 1949 as the Museum of Eastern Art, no longer solely dedicated to India and incorporating the Ashmolean’s Chinese ceramic collection.

India’s independence in 1947 had a significant impact on the Institute given its pre-war role training British officials for India’s colonial administration. In 1955 the Hebdomadal Council incorporated the Indian Institute into a newly formed and broader-focused Oriental Institute and in 1956 the University obtained a High Court order to allow it to use the Indian Institute as general University property despite much opposition. The Oriental Institute’s teaching and operations took occupation of its own purpose-built building on Pusey Lane in 1960.

In a gradual process, the building was inhabited by the central University Offices, some of its collection was disbursed and the rest moved to their present home in the Ashmolean’s Department of Eastern Art in 1962. The Indian Institute’s library was rehoused in the Bodleian in 1968 and was merged with the Bodleian’s own Indian holdings to become what is now one of the finest Indological libraries in the world. When in 1975 the University Offices, including those from the Indian Institute as well as the Clarendon Building, moved into their present home in Wellington Square only the building remained.

The building was then allocated to the Modern History Faculty. Given that the building had been funded almost entirely by private funds, many of which came from Indian donors, it being passed over to a department focussed entirely on European history was met with significant backlash from the press, accusations of racism from the Oxford University Student Union and a formal protest from the government of India. Nevertheless, the move went ahead and along with it significant refurbishment of the building’s interior. The building became the History Faculty Library with the museum space becoming a reading room and History faculty offices occupying the lower floors.

In 2005 our founder James Martin made the largest donation to the University of Oxford in its history to set up a school to study the major challenges of the 21st Century.

In 2007 the History Faculty moved their offices to their present building on George Street and the new Oxford Martin School (then the James Martin 21stCentury School) moved in, with the central location seen as appropriate for the new institution’s role in drawing together scholarship from across the University.

Most of the building remained as the History Faculty Library until 2012, at which point the Library was moved into the Radcliffe Camera. The growing Oxford Martin School took possession of the building in 2013 after an extensive and sensitive refurbishment which increased accessibility, established spaces and technology to enable world-leading research, and restored some of the original features that had been removed from the building during its history.

The building is now home to the central team and management of the Oxford Martin School, offices for research programmes and visiting academics, meeting spaces for researchers of different disciplines to come together and a lecture theatre for hosting larger events and regular public lectures. 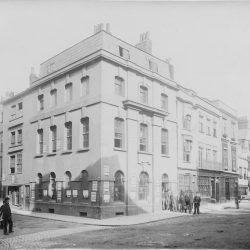 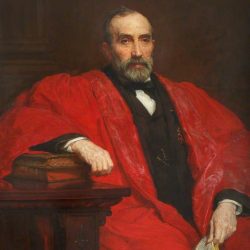 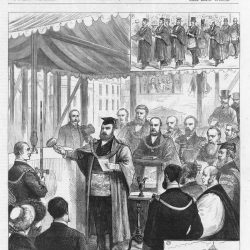 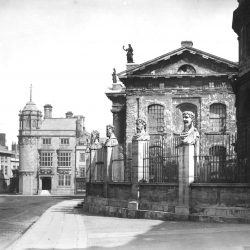 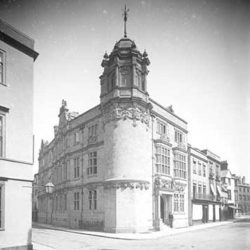 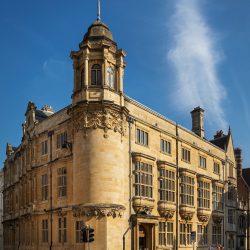 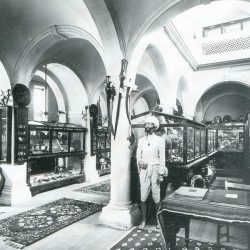 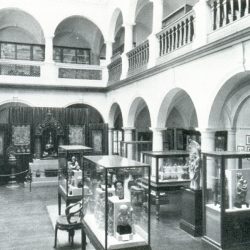 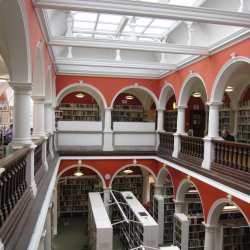 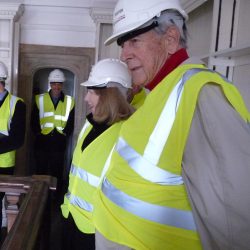 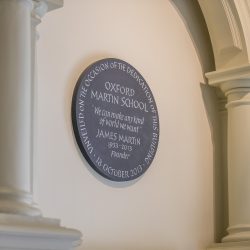 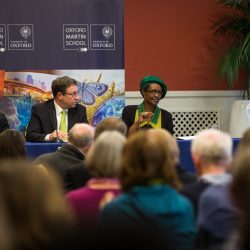 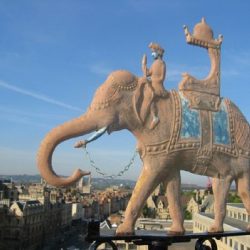 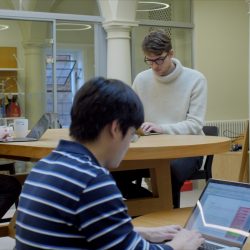 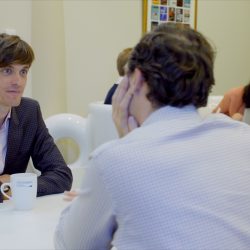 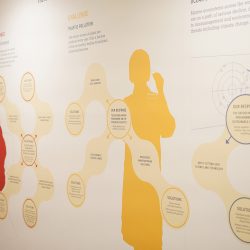 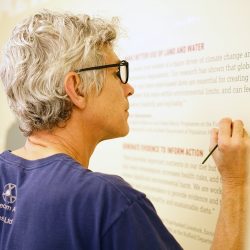 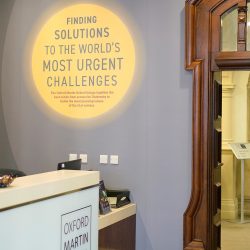 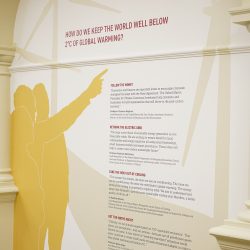