Achieving net zero emissions involves an economic transformation on a scale comparable to the Victorian era, when the foundations of the infrastructure used in the United Kingdom today were put in place.

The scale of the transformation ahead implies that, if successful, our generation will justly be considered the “Victorians of the 21st century".

In the fourth discussion in the Oxford Net Zero Series, hosted by the Oxford Martin School, Professor Cameron Hepburn, Director of the Smith School of Enterprise and the Environment, and Sugandha Srivastav consider the economics of the key technologies, which are increasingly positive. The costs of renewables, batteries and electric vehicles continue to fall. Similar trends are emerging in low-carbon hydrogen and ammonia, which can decarbonise major parts of heavy industry, as well as some long-distance transportation. As further deployment and innovations cut costs, it is no longer entirely implausible that net zero emissions could be achieved at net zero cost (even ignoring significant co-benefits and large benefits from avoiding the worst climate impacts).

The talk examines potential sensitive intervention points organised into the nine categories, with a particular focus on technological interventions to accelerate progress to net zero. 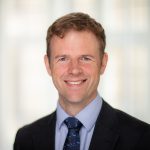 Professor Cameron Hepburn
Director, The Smith School of Enterprise and the Environment 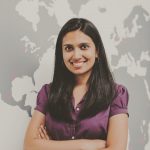 Sugandha previously worked as an economist at Vivid Economics where she focused on energy, natural resource management, and sustainable growth. Her clients included development finance institutions, national governments, and private sector companies. Prior to that Sugandha worked at the Indian Council for Research on International Economic Relations.

Sugandha holds an MSc in Economics from the London School of Economics and a BSc from the University of Warwick. At Oxford, Sugandha is affiliated with Oriel College, the Smith School of Enterprise and Environment, the Institute of New Economic Thinking, and is also a researcher for the Oxford Martin School Programme on the Post Carbon Transition as well as the Oxford Martin Programme on Technological and Economic Change. 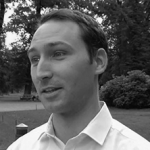