Our environment is in a precarious position. We are facing increasing threats of severe weather events and rising sea levels, which are likely to affect people on low incomes and communities in the global south hardest. But that doesn’t mean that those who control money and assets are immune. Climate change poses significant financial challenges for markets, asset values and shareholders. You can’t buy your way out of a climate crisis without addressing the root cause.

The climate crisis gives investors and shareholders an ethical conundrum - should they divest from fossil fuel companies? And if they don’t, how should they engage with the firms in which they remain invested in order to drive a transition toward more climate-conscious practices? And, particularly at a time of turmoil in international energy markets, how can they resolve the age-old trilemma between energy security, affordability and environmental impact?

The Oxford Martin Net Zero Carbon Investment Initiative, which ran from 2015 to 2021, was established to answer these questions, and to help investors accelerate the transition to a zero carbon economy.

What is net zero?

Net zero refers to a state in which the greenhouse gases going into the atmosphere are balanced by removal out of the atmosphere. Net zero is important because – for CO2 at least – this is the state at which global warming stops. The Paris Agreement underlines the need for net zero, requiring states to ‘achieve a balance between anthropogenic emissions by sources and removals by sinks of greenhouse gases in the second half of this century’. This was reaffirmed in the Glasgow Climate Pact, with language bringing the date forward to mid-century.

The Oxford Martin Net Zero Carbon Investment Initiative was formed to provide the fossil fuel industry, its investors and its customers with an agreed set of principles, guidelines and compliance protocols to help achieve net zero.

The Initiative sought to ensure that continued investment in the fossil fuel sector neither commits society to dangerous anthropogenic climate change, nor requires prohibitively expensive mitigation or remediation measures from future taxpayers.

Early work by the team found that the Fifth Assessment Report of the United Nations Intergovernmental Panel on Climate Change (IPCC), published in 2015, had underestimated the total amount of carbon that can be emitted before we break the international agreement to keep global temperatures to well below 2ºC. They worked to provide estimates that are more accurate, and these findings influenced subsequent research, including the IPCC 2018 Special Report on Global Warming of 1.5°C.

It is nevertheless likely that the fossil carbon reserves owned by public or private investors likely already vastly exceed that “carbon budget”. To meet the aims of the Paris Agreement would require at least two-thirds of known fossil fuel reserves to remain unburned or, if they are burned, for the carbon dioxide generated to be safely and permanently stored out of the atmosphere. If this doesn’t happen, if the fossil fuel industry continues along its ‘business as usual' path, the global temperature will rise 1.5°C before 2040 and 2°C by the 2060s.

To prevent catastrophic climate change we must stop fossil fuels from causing global warming within 20 to 40 years. This means a shift to predominantly renewable energy sources, together with a commitment to ensure that, from mid-century, one tonne of CO2 is safely and permanently disposed of for every tonne generated by any continued fossil fuel use. We have to unravel in half a human lifetime an energy system of extraction, processing, transportation and delivery that has taken generations to build.

The key problem is that the powerful entities that will determine if we achieve this or not, companies with fossil fuels at their heart, don’t answer to science, or politics, or public opinion – they answer to shareholders and they answer to investors. And the demands of investors and shareholders are most often for short-term increases in financial returns rather than for the long-term wellbeing of the planet – and that was the key to what the Net Zero Investment team developed next.

Employment in the face of an ethical dilemma

This was a huge dilemma. If General Motors maintained their business as usual in South Africa they would be sanctioning the repressive policies of apartheid, but if they divested from South Africa the negative impacts would mostly fall on their now-unemployed black workforce.

In response, he developed the Sullivan Principles – seven requirements a corporation would demand as a condition of doing business in South Africa.

These principles allowed companies to support black South Africans directly through desegregating workplaces, creating more and more senior job and training opportunities, and working to unpick apartheid from the inside.

125 companies eventually adopted the Sullivan Principles and United Nations Secretary-General Kofi Annan later said of Rev Leon Sullivan, “he was known and respected throughout the world for the bold and innovative role he played in the global campaign to dismantle the system of apartheid in South Africa.”

The three Principles of Climate-Conscious Investment are:

By pushing companies to adopt these three policies, and holding them to account as only shareholders can, investors can shift the trajectory away from ‘business as usual’ and towards a future that meets the goals of the Paris Agreement and averts the worst impacts of climate change.

If those same investors and shareholders, the ones who care about protecting the planet, simply divested their portfolios away from fossil fuels then all they would do is cede that power of accountability to the next buyer of those shares, and therefore perpetuate the profit over planet mentality.

The Oxford Martin Principles were launched in Nature Climate Change in 2018. 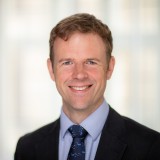 Divestment merely transfers positions in fossil fuel companies to new owners who are less concerned about climate change. Better to engage directly with company management to deliver real change – following the Oxford Martin Principles on Climate-Conscious Investment – and if this doesn’t work, then divestment should follow.

By the close of the programme the Principles had influenced the strategies of investment management companies and institutional investors that control a combined £62.5 billion (as of Nov 2020) including Sarasin & Partners, Lombard Odier and Oxford University Endowment Management (OUem). Individual Oxford colleges including St Hilda’s and New College have also adopted the Principles in the management of their own endowments.

Major fossil fuel companies, including Shell and BP, have also worked directly with the research team to engage with the Principles and pinpoint areas where they could do better to align with them, and how that could be accomplished. Although shareholders and investors in these organisations had not adopted the Principles directly, they were broadly exerting significant pressure to adapt their business strategies to the changing ethical landscape and to the changing climate itself. In February 2020, BP committed to becoming a net zero emission company by 2050 or sooner.

Shell is similarly aiming to become a net zero emissions business by 2050 or sooner. Its focus is on the ‘New Energies’ of electricity, wind and solar, and on building an integrated lower-carbon power business.

“The Oxford Martin Principles tell us the extent to which a company is future-proof in the face of the sustainability revolution. From an investment perspective, then, a company that satisfies them immediately becomes a significantly more attractive prospect than one that doesn't.”
Dr Christopher Kaminker, Group Head of Sustainable Investment, Lombard Odier

“Our strategy now covers the three elements of the Oxford Martin Principles: we have committed to being a net zero company, we intend to become a net zero company in a profitable manner, and we will be measuring our progress at regular intervals. Many of our investors and our stakeholders have come to expect this of us, and we intend to continue to play a role as a leading and responsible business as we and the planet transition to net zero.”
Alan Haywood, Head of Environment, Social and Governance, BP

Although the focus of the programme was on investors and supporting them to help shift companies towards a net zero future, the simplicity and clarity of the Principles have also led to their adoption in much broader contexts.

Activist group Market Forces used the Oxford Martin Principles as a framework to analyse energy planning in Australia in their report Business as Usual: Australian companies not planning for climate change.

In November 2019 the Transition Pathway Initiative (TPI), a global initiative led by asset owners and supported by asset managers with $15 trillion of combined assets, assessed the net zero positions of 132 of the world’s largest publicly listed energy companies. Collaborating with the Grantham Research Institute at LSE and the Oxford Martin Net Zero Carbon Investment Initiative, they reviewed how the public disclosures of 20 coal companies, 62 electricity companies, and 50 oil and gas companies aligned with the Oxford Martin Principles. It revealed that just 13 had made commitments to reduce their greenhouse gas emissions to net zero.

“While it’s clear that the energy sector is far from where it should be on planning for net zero, the fact that we are beginning to assess these commitments, as well as letting companies know we are scrutinising their approach, will no doubt drive further company responses."
Adam Matthews, Co-Chair of Transition Pathway Initiative.

Oxford University’s Careers Service has also adapted the Oxford Martin Principles to help those searching for jobs on the University’s CareerConnect system understand each recruiting organisation’s stance on climate change. They now ask all companies looking to advertise positions to Oxford's students a series of questions based on the Principles. In future, students will be able to search for employers based on their answers and the Careers Service may publish the data in future careers fair booklets and similar publications.

“The Careers Service’s mission is to enable students to make well-informed decisions about their career. As part of this, we are actively exploring ways to help students learn about organisations’ approaches to sustainability. We hope that those students for whom sustainability is an important factor in their decision making will be better informed.”
Jonathan Black, Director of the Oxford University Careers Service.

Although the Oxford Martin Net Zero Carbon Investment Initiative concluded as a programme of research in December 2021, its impacts continue to affect the decision-making of investors, the understanding of researchers and the choices of bright young talent entering the workforce.

Oxford Net Zero, a major interdisciplinary initiative of the University supported by its Strategic Research Fund, has taken forward the Oxford Martin Principles for Climate-Conscious Investment, making the Principles part of their toolkit for organisations or investors setting net zero targets.

Directors of the Oxford Martin Net Zero Carbon Investment Initiative, Professor Myles Allen and Professor Cameron Hepburn, also remain deeply connected to the Oxford Martin School, directing and contributing to multiple other research programmes as well as taking on significant roles within the Agile Initiative, an ambitious effort to deliver scientific guidance in rapid-response to environmental policy questions, which was established by a £10 million grant from the Natural Environment Research Council in 2022.