This paper defines the ‘2°C capital stock’ as the global stock of infrastructure which, if operated to the end of its normal economic life, implies global mean temperature increases of 2°C or more (with 50% probability). Using IPCC carbon budgets and the IPCC’s AR5 scenario database, and assuming future emissions from other sectors are compatible with a 2°C pathway, the authors calculate that the 2°C capital stock for electricity will be reached by 2017 based on current trends. In other words, even under the very optimistic assumption that other sectors reduce emissions in line with a 2°C target, no new emitting electricity infrastructure can be built after 2017 for this target to be met, unless other electricity infrastructure is retired early or retrofitted with carbon capture technologies. Policymakers and investors should question the economics of new long-lived energy infrastructure involving positive net emissions. 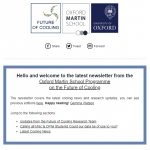 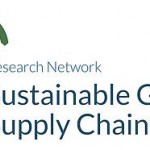