This lecture will describe research in chemistry and polymer materials carried out in the Williams research laboratories.

This research focuses on how to activate and transform non-petrochemical raw materials into polymers (plastics). For example, waste plants or agricultural by-products or even waste carbon dioxide can all be used as raw materials to make polymers, replacing petrochemicals derived from oil. The properties of polymers will be discussed and examples will be given of possible end-user applications for these new renewable polymers. The lecture will introduce some concepts to consider when evaluating polymer sustainability and life cycles. 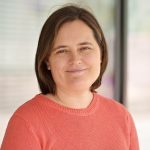 Charlotte Williams is a Professor of Inorganic Chemistry at Oxford University and Lead Researcher on the Oxford Martin Programme on the Future of Plastics. Her research interests are in polymerization catalysis, polymer chemistry and nanoparticle synthesis.

She investigates how to use renewable resources to make polymers, with a particular emphasis on polyesters and polycarbonates. Her work includes catalysts enabling carbon dioxide copolymerization, lactone ring-opening polymerization and selective catalysis from monomer mixtures (switch catalysis). In 2011, Charlotte founded econic technologies which is commercializing catalysts to transform CO2 into products (http://econic-technologies.com/).

From 2003-2016, she was on the faculty at Imperial College London and during that time served as the head of the materials chemistry research section. Earlier in her career, she was a postdoctoral researcher at Cambridge University (2002-2003), working with Andrew Holmes and Richard Friend (Organometallic polymers for electronics), and at the University of Minnesota (2001-2002) working with Bill Tolman and Marc Hillmyer (zinc catalysts for lactide polymerization). She obtained her BSc and PhD from Imperial College London, working with Vernon Gibson and Nick Long on ethene polymerization catalysis.